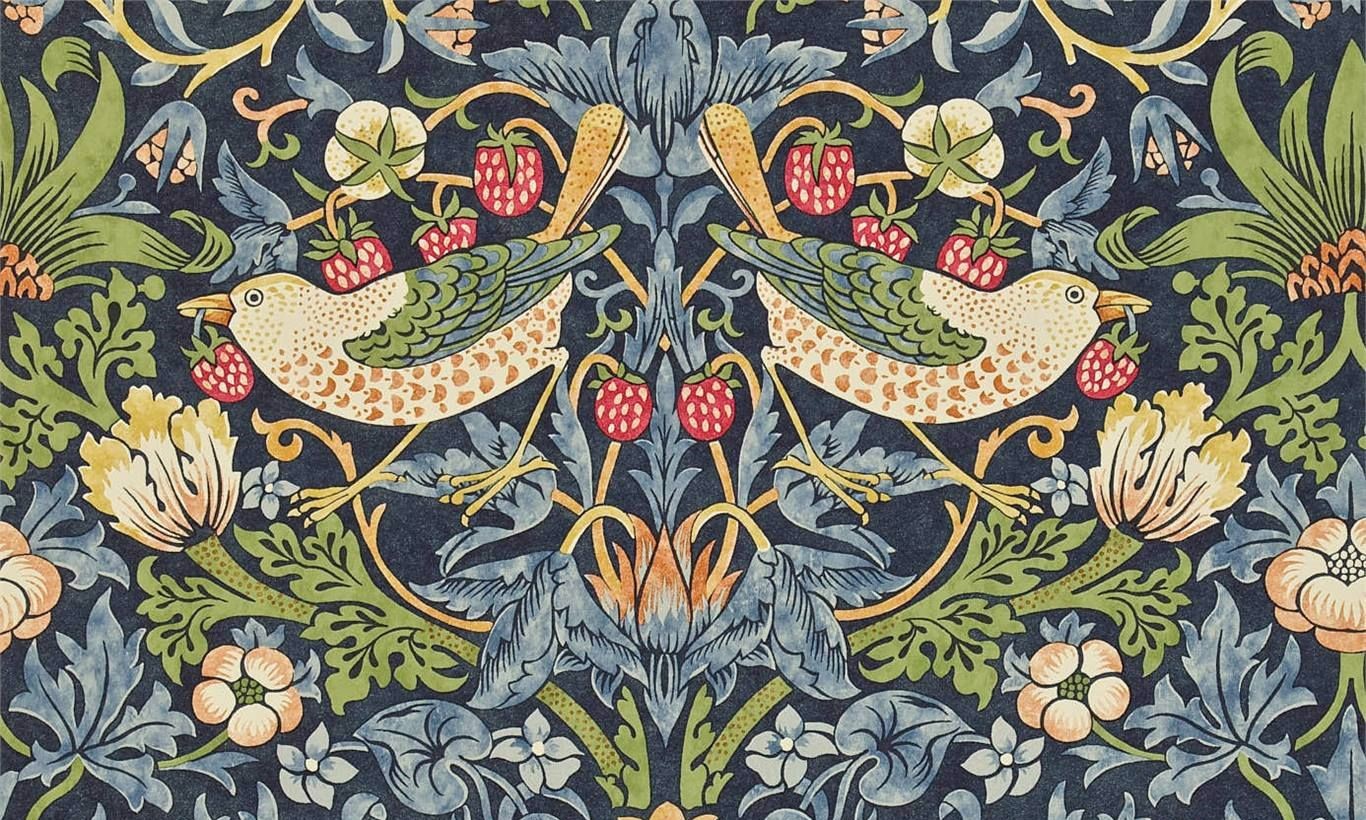 He himself was very ugly, but he liked beautiful things. Distinctly he recalled the moment of this realization. Eight years old and having lingered behind his classmates, he had found himself staring at his own reflection in a carp pond as the crimson sheddings of the maple trees swirled around him, torn off by winds. The water revealed to him the stark contrast between ephemeral beauty and stolid ugliness-between self and world. He’d sighed at the difference and was glad, for the creatures were golden-bellied in the sun. Ever since then he had been aware of the distinction, but he was neither embarrassed nor ashamed. What he had been given he used, unapologetically and without qualms, and he slept soundly at night.

Physically, it was true; he was very ugly. There was something slimy about him and it would be not unforgiving to compare him to the ghastly creatures that lurk at the bottom of the sea. His skin shone, clammy and a white-smooth that was almost surgical. His chest barrelled outwards, hollow and cavernous. Despite his girth, he was bony-this skeletal quality was most apparent in his cheekbones which were erected below lidded, bulging eyes. He liked to think that his appearance was a sign from God, a compass pointing him to his rightful profession, if you will. If he looked like a fish, and like attracts like, as his mother used to say, then should he not become a fisherman?

Indeed, he had a talent for the piscary arts. He started small, as the lowest deckhand on a commercial vessel. He wore orange chest waders and would sort through the catch. The mackerel too small to pass regulations he would toss overboard where they were snatched up by the waiting gulls, clever pests he, at other times would have to chase away with a broomstick. No task was beneath him and no position too subservient. Wherever he applied himself like iron to a magnet the fish leapt into his nets. Therefore, he ascended the ranks quickly, and was soon drafted into a world of suit-wearing businessmen and mahogany offices filled with gilded fountain pens and spinning globes.

One night the boss had called him into his office. Through the window the night was dark and a few stars beckoned from far away over the bustling city. Shrivelled from old age, the man was sitting behind a massive, polished desk. The old man owned the entire company-the industry-famous Neptune’s Net, Limited, which held a near monopoly over the South China Sea-and he was begging him to be his successor. He assented gladly, triumphantly. The old man was essentially senile; the only indication of any presence was his aggressive determination to enjoy the riches he had accrued before he croaked. And yet to this sunken character he was eternally grateful. His cataract-clouded eyes shocked by a fleeting clarity, the old man had spewed: ‘And he said unto them, henceforth you shall be fishers of men.’ It was a verse from the Bible. In thanks for this reminder, he adopted the old man’s surname as his own. It was most fitting-Fischer, he thus christened himself.

At once he did away with the crude bottom trawlers. No longer would he stock the common supermarket. Instead, he made his fortune supplying only the most refined palates with delicacies like sturgeon and swordfish and yellowfin tuna. But still he wanted more.

His hunger drove him to the depths of blue which he pillaged in search of the greatest, most prized fish, for in this illustrious pelagic treasure he sought to meet his match. His ruthlessness commanded him to hunt sharks, the kings of the sea, in which his own bloodlust found its equal. Great whites, hammerheads, whitetips of the ocean-he was unbothered by questions of legality and morality. The danger only excited him further, arousing like needles of ice the blood in his veins. And the rarer the prize, the more worthy it was of him. The most endangered selachians were so few that they had become mere curiosities, the last of their kind to ever exist. With risk and impossibility came exhilaration; he was uninterested in fish easily begotten.

The fins he sold to those who were proud to pay his lavish prices. The dismemberments were dried, displayed momentarily in a casual show of wealth, and then devoured in a soup with all the glory of a ritualistic consumption by which his clients celebrated, teeth gnashing, their fulsome victory over such a terrible beast of the sea. Of course, it wasn’t they who could boast the laurels of victory, but the Fischer Man-for that was the name he had begun to acquire-who only laughed terribly, cruelly, self-indulgently at the little fools and rejoiced, too, in their eucharistic feast.

With their gold he surrounded himself with beautiful things. He had a discerning eye and knew precisely what he liked. All other opinions were distasteful and worthless. To an art historian who had couraged to engage him in philosophical speculation on the cultural value of Saturn Devouring His Children, which he had been staring at lustily, he had pronounced that he had no interest in such a conversation.

His tastes were erratic. He adorned the grottos of his home with horrors similar to the aforementioned painting; indulged in the gentle swells of both marble cherubs and avenging angels; and the moonlit melodies of the child Mozart and the monstrous tensions of Wagner. His walls and floors were so jewelled with his objects of beauty that the effect was rather garish. It was like the cave of the forty thieves: a rug made from the head and pelt of a Russian tiger submitted to a Queen Anne dining set; a rococo gold cross dripping with pearls and rubies protested against a modest virgin whose painted eyes were permanently downcast; a Japanese maiden contorted herself in an act of self-immolation alongside a watercolour of a woman in robes so golden it was as though she were cloaked with the sun. Individually, the pieces could be described as beautiful, certainly, but together, in their forced conglomeration, they were just ugly. In his eyes, it was because of their collective ugliness that they were ever the more beautiful. In the off hours, he liked to lie on the floor and feel suffocated like a fish without water by the beauty he had accumulated.

But true to his nature, he always returned to the open waters and the wind. He was now a rich man and could afford to leave the actual fishing to the muted, desperate men he employed, or even to abandon the enterprise altogether. But his hunger kept him pressed against the rails, mist upon his pale, slimy skin. Each hunt was a homecoming and as he inhaled the salty air and the lingering stench of fish carcasses, the sea whispered to him to plunge its depths, and he was born anew.

Lauren has always been fascinated by words and their potential for self-transformation. A certain arrangement of words sparks the meeting of psyche and world. She has a background in psychological studies. This is her first publication.