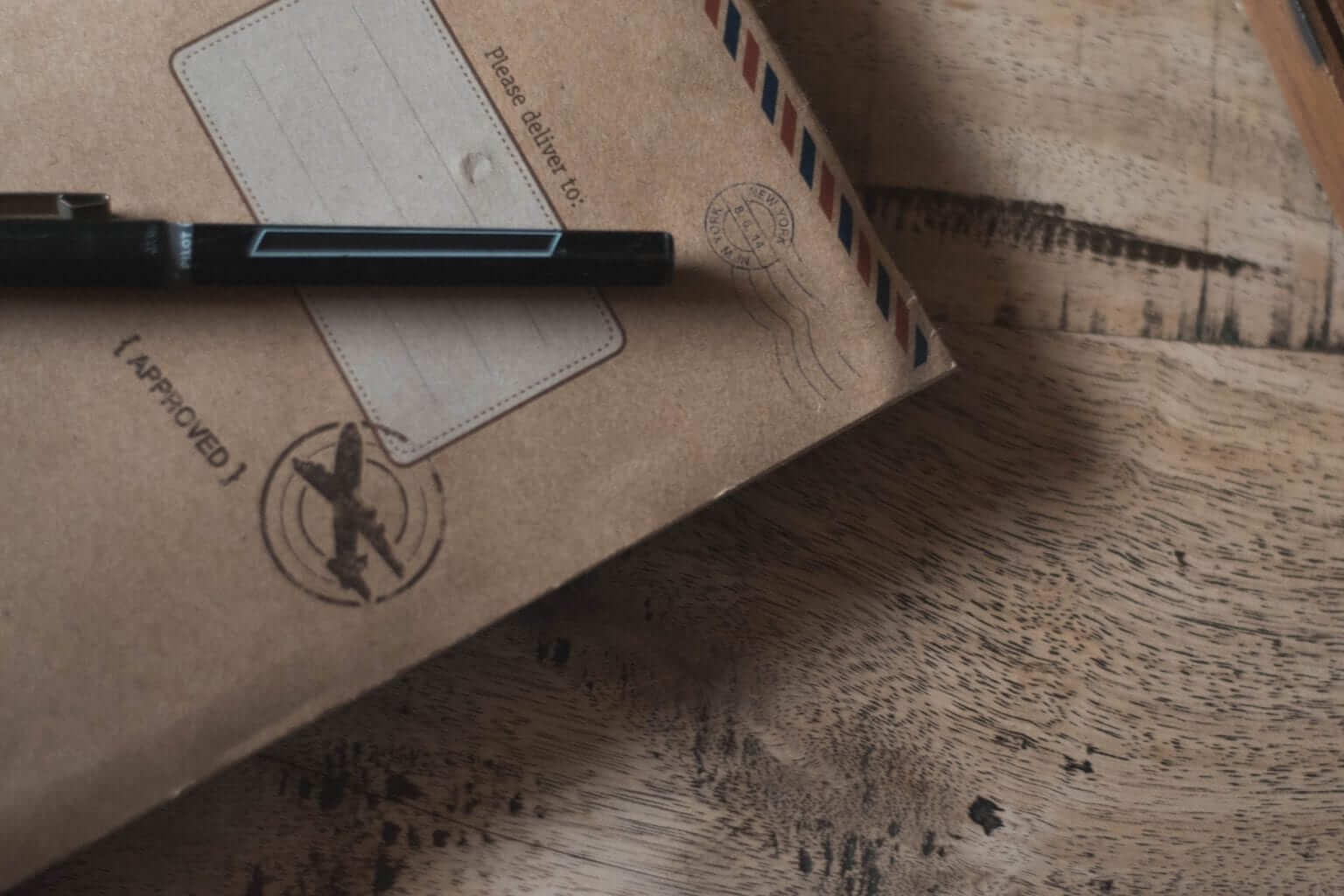 Today I finally visited Virgil’s Tomb. You know how important he is to me. As he was for Boccaccio, Virgil has been my guide through the labyrinths of a kind of hell. Perhaps you’ll say that ‘hell’ is much too strong a word. But this poet’s life has been difficult, fraught with too much doubt and anguish. Sometimes not enough of either. Virgil was inspired here in Naples. He wrote and wrote. Allegory, instruction, and prophecy (some say). He was moved, as I expected to be. He was infected by his surroundings, the land, his compatriots, the Roman Empire. Such grand things. But when I look out to the horizon I see only traffic and the familiar profile of the tourist. And when I listen there are only incomprehensible shouts and scooter beeps. There is only chaos and noise. I have been untouched. Yesterday, I was deflated.

I find myself thinking of you.

But today I left the Mergellina train station and wandered down a narrow, grimy street that ran alongside it. The Parco Vergiliano entrance was a gate someone had forgotten to close centuries ago. The ubiquitous cicadas and pigeons were my only company.

I followed the path to an elaborate memorial. Was this where his bones lay? I can’t tell you – the inscription was in Latin. But I can tell you that thousands of others had passed this way. Giuseppe Bora Di Biello left his name in the marble in 1790. Cadeto, Toncino, Ferdinand, Piero and even a Casper all left their graffitied names behind, to prove that they’d carried out their pilgrimage too. Boccaccio and Petrach didn’t bother – their names were etched in history instead.

Gabriella, should I have dropped to my knees and prayed? I wanted to. But I didn’t know how.

But here at last was something that could potentially move me. There were ghosts in the park. The ancients, the recent, and all the layers of humanity in between. Perhaps Dante dreamt of Beatrice when he visited. Perhaps the spirits were those of the Grand Tourists, stout but hungover, dutifully marking an item off a well-worn list forever. Surely the sentimental and benign were more inclined to visit, so why did I feel a sense of dread and foreboding?

I walked on, past Leopardi’s enormous bust, past the Roman tunnel connecting Naples to Pozzuoli, up the stairs, down the stairs, unnerved by rustling in the undergrowth followed by heavy silence. In such a big space, in such a big city, a profound silence. And at the top, the point where Virgil would have gazed around him at the Posillipo hills, where he would have gazed at an optimistic blue sky, a forgiving blue ocean, and that mighty volcano, I was instead confronted with smoky industry. The houses on the hills were tethered together like stray dogs. There was the metallic roof of the train station, and the trains themselves. That profound silence broken by the thundering locomotives, their screams and whines of what? Distress? Warning? I looked out and I shuddered and laughed at the same time. I frightened the pigeons with hysterical laughter. Feelings arriving at last but it was only almost anger, it was only almost despair. It was something but it was anguish and immobility and the sense that there was nothing worthwhile to think or write about anymore.

Gabriella, I came to visit the ‘tomb’ here but it’s only a symbolic mausoleum. His bones are not here, not even his ashes. Instead there are only second hand memories. Where are his bones? His book of spells? I want to pay my respects. In the small domed structure, there is a tripod, blackened with age as well as smoke and fire. Who has been here before? Countless foolish poets and writers still making offerings to a god. The fear and anxieties clamour at our backs and we cannot hold them all back.

Gabriella you know I’ve been writing my heart out here, but my heart judders most days. It helps me write only drivel. Perhaps I have my answer then, that I am not a poet. I write pathetic and pointless poems, which are sentimental or diabolical. In three months I’ve scratched at paper and pawed at the keyboard. But maybe the time it takes doesn’t matter? Virgil took 11 years to write the Aeneid and on his deathbed he ordered it burned, unfinished. He was denied his final wish, and I can’t help being glad of that. I write, and these last two months, thousands of words have jostled for position. They swoop and dive, crash into blank pages, take up all available space in my head, in my mouth.

Gabriella, this is not a love letter. It’s can’t be. It’s a shameless lament. But of course I’ve missed you. I didn’t realise how much until now. This city was made for love as well as tragedy. The seafront promenade, taking in ocean and sky, volcano and hills was made to inspire love. It frames passion. Couples press up against each on benches, they desperately clasp hands and push against the bracing breeze. But I walk with my hands clasped behind my back, chin down, watching the emerging moon gently glow and skim its light across the water. I walk on, pining, listless, failing to love. Perhaps with this too, I’ve made a mistake. Where are you right now? Are you close?

Gabriella, perhaps I’ve made a mistake.

But see? See how sentimental and clichéd I’m being? The stories have all been told a thousand times before, perhaps a thousand times a day. One lover leaves the other and regrets his choice too late. Is it too late?

I confess I brought my sacrifice to burn in the tripod in Virgil’s tomb. I carried with me a small sonnet about a woman in the square with her head in her hands, as though she were waiting to die. She was a study of impending doom. Naples too is on the cusp, like a phoenix. The ashes are swirling and in the hot and humid wind they form clouds and columns before collapsing again. Virgil ached for the Roman Empire to be great again. He was rooting for Augustus, there’s no doubt. And Naples is trying too, she’s trying. She’s gathering her resources, warming up her voice and someday soon she’ll be shouting from the rooftops. But right now she is the woman in the square, waiting for something to happen so she doesn’t have to die.

I too wait for something.

So I laid my sonnet gently in the tripod bowl. With a plastic lighter bought from the station shop, I set fire to a corner. I only had a minute or two before my sonnet disappeared. What did I say? How did I appeal to Virgil? I asked him to intervene. I asked him to swallow my sonnet and help me stave off death – the death of creativity, of vision, revelation. I asked him to open my eyes, to prick my skin, to help me understand. The tomb was dark and slightly damp. Outside the trains grunted and squealed. Perhaps I only added to the collection of the city’s ashes, drifting down from history, from Vesuvius, from the countless tragedies through the centuries.

But Gabriella I felt something. I felt the spark catch! I shivered as my sonnet writhed and fell apart. It glowed red for a moment and the smoke filled my nostrils. My soul too, felt as though it was being scorched and scorned, goaded into action. I fled! I paused for a moment, and then I fled the dark and damp, running up the stairs and down again, pulsing through the winding path. Leopardi’s bust was a blur as I hurried to the gate. On the street again I had to catch my breath. Bent over, the blood rushed to my head, along with hundreds of words and impressions, phrases and scenes. They started to group together, the lines coalesced into verses, the verses into pages of an epic. I pulled out my notebook but my hands were shaking and I knew anyway, that what had formed had already burned its impression on my mind.

Perhaps my sacrifice worked, Gabriella. But it was you, it was you that lit that spark. Virgil stared, sombre and prophetic. But it was your green eyes that flickered at me from a warm memory and the words that tumble forward now, jostling for space, are for you.

Perhaps then, this is a love letter. But is it too late? Gabriella please reply.

Tina Morganella is interested in short fiction, memoir and travel literature and has been published in Rush (US), STORGY (UK), Tulpa (Australia), Sky Island Journal (US), Entropy (US) Sudo (Australia) and Borderless Journal. She also has nonfiction articles published in the The Big Issue, The Australian, and Adelaide Advertiser.