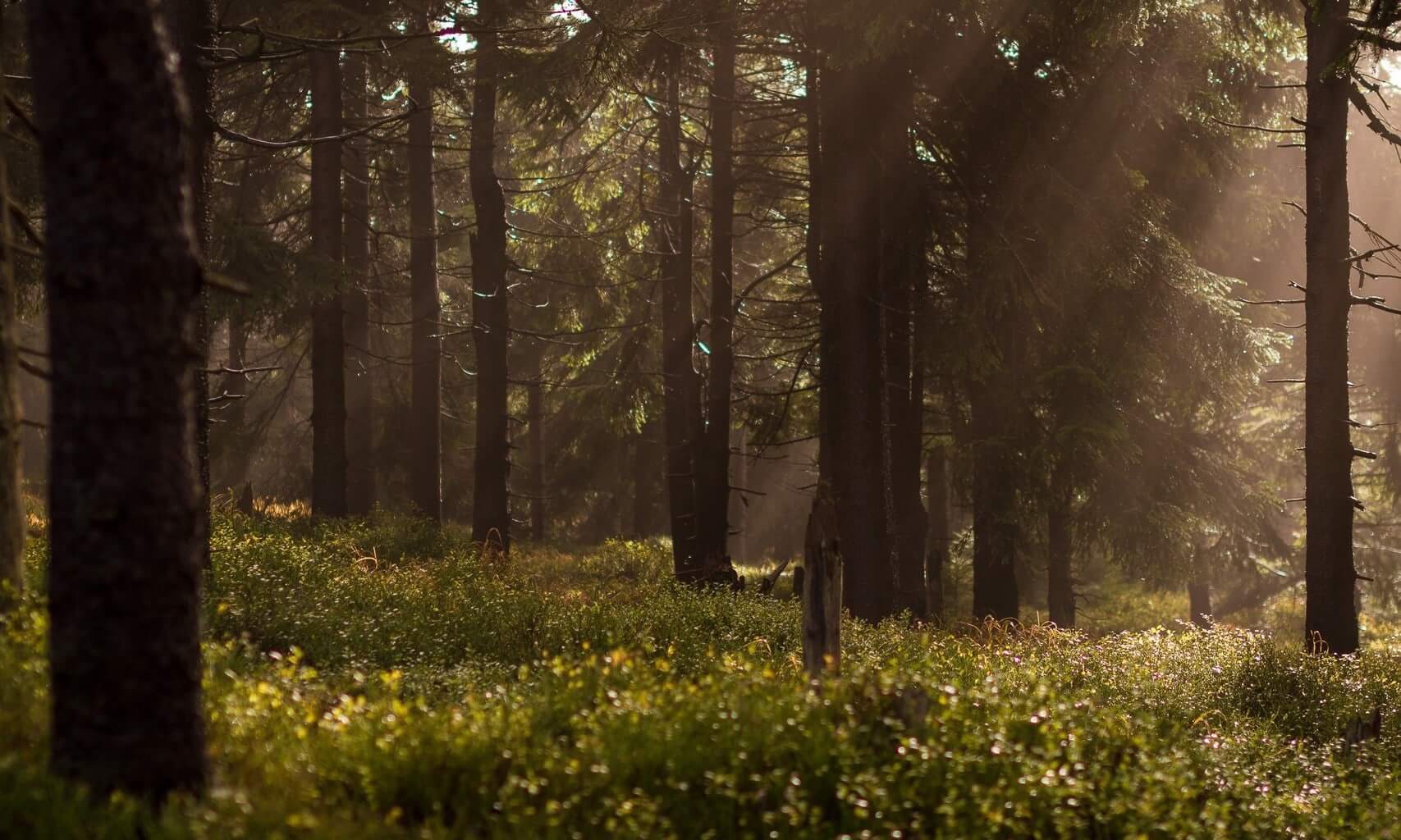 ‘He apprehends a world of figures here, but not the form of what he should attend’

Memory haunted the woods where everything smelled of cedar and the cave where her father taught the rough youths of generations before had fallen back into primal darkness. A swift-flowing stream sparkled in the afternoon light, looking like fire if it dreamed of being water. As the girl walked along the rocks that were soft with moss, the words coursing through her head were keen on outrunning the stream. The kaleidoscopic memories of Ocyrhoe’s early childhood—those flawless days when she galloped through the forest more like a horse than a human—imbued the moment with thing-hood and she was just another curio in the boundless cedar box. But time forced her upwards just like the trees and loss had more to cling to on its inevitable victory over the living.

The sign was the only mark on the cave that made it something other than just another yawning rock in the forest. Even the patina on the copper plaque looked diseased years after the outbreak that took them all. But Ocyrhoe had never been interested in her father’s art. Days spent in the candlelit darkness with noses buried in mildewed books seemed a sin against the sun and the world all around. Never mind she was a girl and that club was exclusive simply because of the chance of anatomy.

Her teacher was the forest and the nymph who raised her along the stream. On the wise woman’s back, Ocyrhoe spent her formative years eavesdropping on the charms the water nymph Chariclo wound up while she carried her into the darker parts of the woods. There, Ocyrhoe learned how to prophesy and conjure dark secrets from the water and the rocks. But plague was not exclusive in its pupils. The only thing that saved Ocyrhoe from the same fate as all the rest was luck.

When the sun had fallen to that place where it casts spotlights on the darkening woods, Ocyrhoe knelt by the stream. A beam of light occupied by millions of particles of the earth agitated by the girl’s steps fell on her. The water hummed through the narrow channel as rocks diverted the course only for a moment as time carried on in its liquid form. When she closed her eyes, Ocyrhoe began to hear the distinct words in the midst of the noise. She twisted her auburn hair with both hands, adding more tangles and dreads as she always did when the mystic mood of prophesy took hold. By the time she opened her eyes, she was on all fours again and surrounded by living ghosts.

“Never mind them,” Chariclo smiled, dipping her finger into the stream. “What they apprehend are shadows. Here is where life is. Look.”

Ocyrhoe looked with eyes of the past in a present mind. The disparity kept her mouth closed as she stared at the wonder before her. A water nymph now nothing but another bit of the stream was in full form. In her gleaming hand, she held that slippery thing that only patience and a wisdom beyond printed words could have formed. To the boys prancing around the mouth of the cave, these miracles were nothing but pretty things. But to Ocyrhoe, even in the paradoxical state of yesterday and now, the ‘thing’ was even more magical than before.

“So quiet today, Ocyrhoe,” the nymph frowned. “I see that you see something but you have an eye for the future. My eye is for what is hidden in the present. There’s something in you far beyond this moment.”

The forest was crowded with the shouts and laughter of boys while the birds gathered in the ancient cedar trees all around. Ocyrhoe could hear the booming voice of her father somewhere in the torchlit cave. She knew her mother was nearby but silent beneath the earth. Life was teeming all around and it was in that moment, when the splendor of that magical thing in her mentor’s hand twitched, when Ocyrhoe vomited. Rather than pull away from the pile of half-digested breakfast, Chariclo looked deeply into the contents. By the time Ocyrhoe had wiped her mouth with the clean side of her hand, the water nymph had dissolved into a puddle. Nothing of her form remained but the copper ring she had worn in her septum, the mark of her order.

The remembrance of things past in a present being relived bewildered the girl. Knowing she had already wailed for the loss of Chariclo before, Ocyrhoe ran on two’s and then four’s towards the crowd of boys. In spite of her mind, her body was bound to the laws of physics and the journey seemed mired in some kind of tormenting glue. When she reached the swift-footed youths, they stopped prancing and stared at the girl while she tried to catch her breath. Her nostrils felt too small and her body was on the brink of bursting as she heaved.

“All of you will long to die when the serpent’s blood finds-find-finds-finds you,” Ocyrhoe shouted, the words spoken so quickly, silence was unable to distinguish one from the next.

“Haha! Look! Daughter of the wisest and talks like an animal,” the long-legged boy laughed.

“If she slowed down a little, she might be able to say her name. That’s a start!” A roan-haired boy pointed, as he mocked the way the girl ran on all fours.

“No! You have to listen to me, listen to me. I’ve seen this all before and the serpent’s blood-blood-BLOOD!” She cried, shouting in the face of the oldest boy.

“Ah! She spits more than the stream in the wind,” the boy said, wiping spittle from his face.

“No! Someone listen! All of you are going-going-going to-to-to d-d-d-d-die” Ocyrhoe screamed, the fervor glowing too strong in her heart for her tongue to handle.

“Go back and play make-believe with that witch by the water. The truth is in there,” the roan-haired boy said, pointing to the cave. “Come back when you learn to talk. It’s no wonder your father only accepts boys. We’re going to be heroes! Girls are a whinny away from being asses.”

Ocyrhoe twisted her hair and it felt like a stranger’s in her hands. Seeing that her movements were the only thing keeping the boy’s attention, she began to use her spare body as a signifier. She knew that dances could redeem and a wink could topple a kingdom. In spite of her regression in form, the Ocyrhoe’s mind of now propelled her past body into a performance of an antic round and round the boys. She told the story of what was happening and what was to come. If her heart burst in her mimicry, the gain would far outweigh the loss. In the midst of her manic revery, she sighed and tears streamed from her eyes. Her hands were feet and her feet were hands when the moment demanded it. She was no longer human but the form of which the story demanded. At that moment when thought—that abstraction that makes things real—began to fade and the morning light grew dim, Ocyrhoe fell.

“Well, if that’s what the witch taught her, I’m impressed. That was entertaining,” the long-legged boy smiled.

“Yeah, I didn’t quite get the middle part but the end was pure tragedy,” the roan-haired boy said.

“Well, if you were paying attention, you would have seen,” the tallest boy broke off, as blood trickled from his nose.

“Got a little too worked up there, buddy,” the long-legged boy laughed. “We should give her a name before she gets back up. What should we call her? Every fool needs a name!”

While the boy’s debated about the name, Ocyrhoe tried to stand up but her legs were spent. She could hear the voice of her father in the cave but it could have been a projection from the other side of the universe and not have been further. Her mouth was capable of nothing but breaths as she began to feel her face grow longer. Her auburn hair grew thicker and gathered across her shoulders and onto the ground. Growth pains of seven years were experienced all at once as her bones outpaced her flesh and she felt like she was being torn to pieces from within. By the time her voice and shape were new again, she had witnessed the blood, the vomiting, the screams, the bilboes and the burials of everyone once again.

The screams became the distant drone of an engine high above Ocyrhoe when she came back to herself. She looked up and saw the gleaming wings of the metal bird through the trees as it drifted by in the vacuous blue. The cave was dark when she looked back down and the boys were somewhere beneath the earth. When the sound of the metal bird passed, she looked into the water. What should have been running water was placid. Ocyrhoe leaned closer and saw the reflection of Chariclo’s face in the water. Grim alarm and mouthed words warned the girl but the lasso had already found her neck. As soon as the rope met her trachea, she was pulled onto her back and was kicking at the sky.

“That was a hell of toss! Lassoed her like a goddamn hero!” A long-legged man in boots and jeans yelled.

“I’ve got her!” The tallest of the three grunted, holding fast to the lasso. “I told ya’ll she was a pretty one. So pretty I could kiss her!”

“Never felt that way about a horse but you got a point. She’s sure pretty,” the roan-haired man smiled.

“Just call her mare for now. I’ll find a better name when I break her,” the tallest one said, pulling the rope tighter.

As Ocyrhoe fought against the rope, she could feel the Three Threads of Fate coming loose. Just as she had just experienced the torment of growth and death in an instant just moments before, she could feel the rope squeezing the precious parts of herself out. Her tongue grew thick in the grips of the rope and her thoughts were strewn about like notes from a song until the harmony was lost. By the time the rope-burned hand of the tallest man was on her cheek, Ocyrhoe was whinnying and twirling her hair in the wind trying to remember her own name.

Hayden Moore was born and raised in Georgia and has lived in New York City for the past twelve years. In the past seven months, he has been published fourteen times for his short stories: twice in Corner Bar Magazine, Metonym Literary Journal, Drunk Monkey Literary Journal, Fictional Cafe, Modern Literature, Calliope, Wood Coin Magazine, Wink Magazine, Verdad Magazine, Wilderness House Literary, Blue Moon Literary and Art Review and Deep Overstock Journal. He lives with his wife and cat on the waters of Jamaica Bay in Queens.

How to be naïve