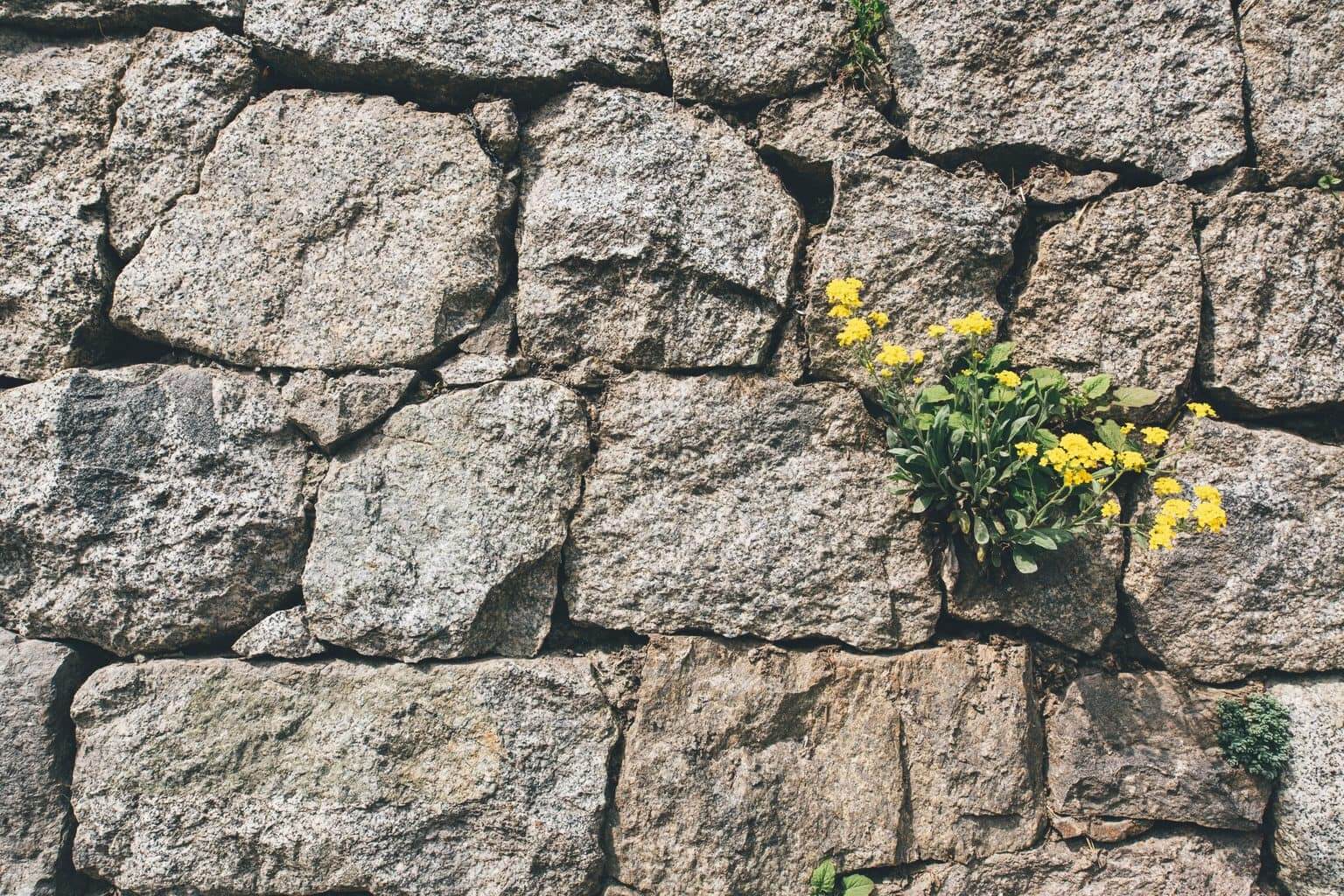 When Nelson el Raro walked out of his house the morning heat had settled on the cobblestone. Breakfast was sitting nicely in his belly now and his second day without sleep was but a faint unpleasantness under his skin. Most of all, he felt lucky today, an altogether unfamiliar sensation for him.

Down by the bay, the Emboque plaza and the launch docks were bustling with people and buses in the warming sun. Even the sky above it was full of activity with red-and-yellow kites swooping in the saline breeze and all the birdlife over the harbor—the loud screeching gulls, the fast-moving sparrows, the high-hovering buzzards with their long wings flat and still up near the clouds.

He stopped a moment to watch a frutero building a pyramid of oranges on his cart, while he listened to the other vendors hawking their goods for the people coming and going on and off the harbor launches. Each vendor had his own distinctive personal rhyme. His favorites were those of the tamalero and the peanut vendor because theirs were the most musical. Nelson would always know precisely what others meant when speaking of their hometown, their homeland, by simply focusing his thoughts on El Emboque docks on a windswept morning like this one.

He browsed his way through the hectic plaza to see Cheo Calandro, the old blind man who had been selling lottery bills at the same spot ever since he could remember. He thought the ancient numbers vendor had a soft spot for him because whenever he stopped by for a casual greeting, Cheo Calandro would become very talkative and engage him in long, preposterous conversations on subjects that, although interesting, he could not take seriously coming from an illiterate son of African slaves.

But Cheo Calandro was not just anybody. He was considered one of the town’s landmarks, worshipped by many because of the countless winning lottery bills he’d sold to people who became rich overnight with the prizes. And yet, despite all the good fortune his lottery bills had brought to so many, the old man was back there every day, sitting with his colorful rack of bills at his side in his nook in the rocky wall where the church stands.

As Nelson left the plaza behind, he decided that if the old lottery vendor sold him the winning number, he would give him half the prize.

Cheo Calandro was sitting on a wooden Coca-Cola crate, his brown, sinewy forearms resting on his knees. “Who’s there?” he asked, straightening up his back.
“Nelson Vargas. Remember me?”

The blind man’s cloudy eyes wandered. “Ah yes. You are the son of Raul El Bolitero. How is he these days?”

His eyes again moved awkwardly. “Tell me one thing: are you anything like your father? I ask because your father told me he doesn’t believe in luck anymore. How am I going to make a living if people stop believing in luck?”

“That’s a good question. But I’ve come to take a chance on the thirteen,” Nelson said, feeling for his wallet in his back pocket.

“You?” The blind man nodded his head in approval.

“Yes, well, today is the thirteenth of March,” Nelson told him. “I’ve decided to make it my lucky number from now on. I know people think it’s an unlucky number but—I’ve got my reasons.” He shrugged, then realized body language was wasted on the blind man.

“Well that is a very important decision you have made,” Cheo Calandro said with a scowl.

“No, of course not,” Nelson said, humoring the man. He pulled his wallet out of his pocket.

“The thirteen, huh?” Cheo Calandro scratched his hairless, sweaty head. “You do know this number is very popular among my regular buyers, don’t you?”

“Truly?” Nelson sounded curiously surprised. He looked at the three pesos in his wallet and pocketed it.

“Oh yes. But you know what?” Cheo Calandro said. “After a lifetime of selling lottery bills, I know this much: this numeral is not a lucky one by itself.”

“What? Do I have to buy something else with it?”

The blind man slapped his thigh, laughing. “No, nothing like that.”

“It’s simple, chico. The numeral thirteen, on its own, brings luck to no one.”

The blind man waited for Nelson to say something; when he didn’t, he went on. “That is unless that someone is naturally akin to its influence. You must be the type of person it likes—if you know what I mean. Then and only then will this number bring in the goods. The thirteen has to choose you. It’s not enough for you to choose it.”
The blind man paused with a mischievous grin on his thick lips. “But you probably think this is all nonsense.”

“No, no, I’m listening,” answered Nelson with a superior smile. How could he begin to explain to the lottery vendor of all he already knew about numbers, or of the many hours he had spent alone in the university’s library while the riotous demonstrations were taking place outside, hiding in the section for the Occult Sciences with those forbidden volumes of ancient secrets all to himself? What could this old man know of Ramon Llul and the endless combinations that can measure the cosmos . . . ? When out of nowhere, as if for the sole purpose of shattering his mental self-assertions, eight carefree seagulls swooped down over his head and alighted on the wooden frame of the lottery display rack, each flying down and landing with such an uncanny precision and grace that it left Nelson feeling an itchiness in the pit of his stomach.

He informed the blind man of the gulls on his rack, but Cheo Calandro discarded it with a nod of his head. “They’re new around here,” he said, half-covering his mouth so as not to be overheard. “They come around when I talk about these things. They only want to see if I really know what I’m talking about.”

The blind man had to cover his whole mouth not to giggle aloud. When he got over it, he raised his brown head and looked at Nelson as if making eye contact. “The truth is that all numbers are of good fortune. Some obviously more than others. But that is simply because people make them that way.”

“I don’t understand,” Nelson said. More gulls were landing on the lottery display and the floor of the niche. The ones already by their feet were walking around as if someone were feeding them. It occurred to Nelson that perhaps the blind man was in the habit of feeding the birds around this time. Why else would these wild dockside gulls be behaving like this?

“How could that be?” Nelson said.

“Simple,” the blind man replied as if very glad to have been asked. “All things are affected by the pull of people’s fixation on them. For example, the numeral thirteen is recognized throughout most of the world as an unlucky number, as you have well said.”

Cheo Calandro let out a grunt intended to mean, Who knows why? “Personally,” he said. “I don’t see anything wrong with it. But right or wrong, mistakenly or not, it’s been fixed on people’s minds that way and this causes a big pull. The result is clear: an endless set of repercussions, an unlimited chain of effects affecting the numerology in all living things and material things. Curiously enough, it’s not the same with inorganic beings. They’re another story.”

Nelson was too distracted to listen. A flock of seagulls was now all over the niche’s floor, and he could have sworn they were indeed listening to the blind man.

“What I’ve noticed about the thirteen,” Cheo Calandro went on, “is that it is a most faithful numeral. The more you conduct your life within its domain, the more your luck increases. In this aspect, it’s no accident this number is the favorite of so many people. It can be generous to a fault.”

Cheo Calandro drew a long breath. “The truth is I’ve caught myself wondering about these things once or twice before, but it’s a waste of time.”
“Why is that?”

“Because I am no good for the thirteen. And I’ve got a sneaking suspicion this number is not good for you either. Something tells me you should not interest yourself with it too much.”

“Does that mean you’re not going to sell it to me?”

“No, that’s not what I mean,” the lottery vendor responded, shocked. “Clearly I would sell you this bill with pleasure. Who am I to make such a decision for you? The problem is I’m all sold out.”

Cheo Calandro burst out laughing with the abandon only a blind man can.
Spooked by the man’s laughter, Nelson took off across the sun-beaten plaza. The itchiness in his stomach had turned into a painful fluttering, which for some reason he thought he could soothe with cold coconut water.

The vendor fished a coconut out of the iced water in a cut-off oil drum, chopped the top off with a machete, inserted a straw into the opening and handed it to Nelson. It cost five cents.

Nelson leaned on one of El Emboque’s pillars in the shade and sipped the coconut water. He peered at Cheo Calandro on the other side of the steaming plaza. A woman with a black veil over her head was inspecting the lottery bills on the old man’s rack now, but not one gull was anywhere to be seen. They must have flown away while he was looking away, all thirty or forty of them. Hard to believe, he thought, though not impossible if you’d seen their choreographed aeronautics.

Nelson threw the empty shell on the pile. The hot midday sky was as still as a picture now, nothing moving in it but the rising black smoke from the departing number 6 bus he’d just missed. He headed to the docks and hopped on the next ferry launch across the harbor. In Havana, he was bound to find a vendor with his number. He felt that lucky.