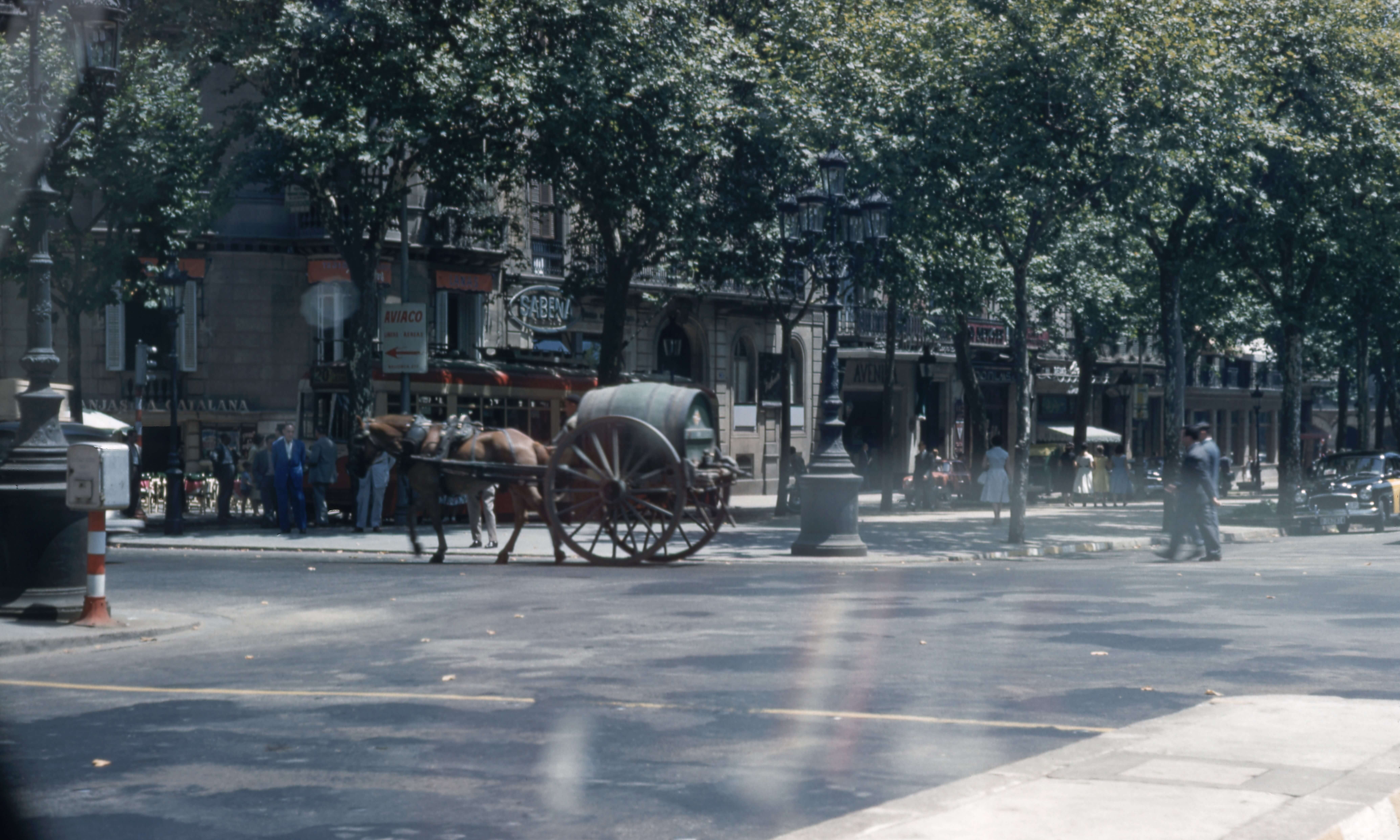 They had finished slaughtering the oxen. The hunters stood near the bodies on a stretch of level ground. Two men were on guard, facing outward. The plain before them lay in shadow. The steep hillside beneath their survey was studded with boulders projecting from unstable soil and smaller stones with cruel edges. Here and there arose a lone fig or olive tree with a crowd of sparrows roosting in its branches or stands of marula trees giving shade to low bushes and sanctuary to quails. A green basalt cliff, the precipice from which the oxen had fallen, towered above the hunters. It was topped by a belt of dwarfish trees, their roots in the air. A narrow stream issuing from a cleft in the rock purled sluggishly around the spot where the group stood. The bodies of the oxen had been piled at the foot of the cliff to give space and their blood mixed with the water. The hunters worked furiously with stone knives as their families filed onto the promontory bearing parcels of tinder. The fires were lit. First Son crouched beside a calf, his back to his mate, Y—. He pulled his spear out of the animal and began hacking into its flank. Blood rushed from the wounds he made to infuse itself into the dust. There was the sound of a blow behind him, stone on stone, then the smell and hiss of burning wood, and a sensation of heat as Y— succeeded in kindling a blaze. First Son imagined her watching him as he worked. Maybe she was pleased to finish her task first; he wouldn’t know it by looking at her. Her gaze gave him nothing. He shook free the hunk of flesh he had been working at and threw it over his shoulder. He listened to her devour it and then returned to his labour. A low cry announced the approach of the Others. There would be no time for cooking before they arrived. First Son directed his butchery to the most valuable parts of the ox and they ate what he claimed raw, reserving a few gobbets from the liver. As he ate, First Son watched Z— traverse the group, leaving the fire he had lit in a blue hollow of the cliff. He had not managed to claim a carcass, although the hunt’s success was surely due to him. Z— was new to the group, younger than First Son or Y—, and he had no helpmeet to keep his fire. He was weak but not ill, inspiring contempt rather than pity. He had a melancholy demeanor and he always ate last, but did not seem to mind.

There had been a rockslide downhill; it was impossible to say when. It must have been after they scaled the hill to hunt; the ground had been undisturbed. There was no trace of the two fugitives. But First Son was no longer beset by hopelessness. When he returned to camp in the evening, he spoke to no one, but immediately sought out the flat stone with a handful of ash in his fist. He sat cross-legged before it and studied the shadow of his head, as thrown upon the rock by the firelight and the last rays of the sun. Remaining within the limits of the shade, he began to spread ash over the even surface. Working patiently, he molded, with unattuned fingers, the hot powder into dark lines that roughly followed the profile of his own head and neck. The details he altered, as much as he could, the eyes. For the span of a heartbeat, he beheld her again even as he beheld himself. And when he raised his eyes from the image, he discerned for the first time other details in the images that surrounded him. The rocks presented knifelike edges and the scraggy tree roots, emerging at angles from the cliff into empty space, reached out mournfully after the oxen that had fallen from that peak. Or they were like a crown of horse hair binding the temples of a vast stone face. Out of its mouth flowed the stream like a lolling tongue. Before him was a marula tree and under the tree stood a pack of crocus flowers. Like golden flames they emerged from the undergrowth, like sunbursts on the surface of the stream.

The author is a student living in Ottawa, Canada. He has been writing for many years, but this is his first publication.

How Quickly A Year Can Die