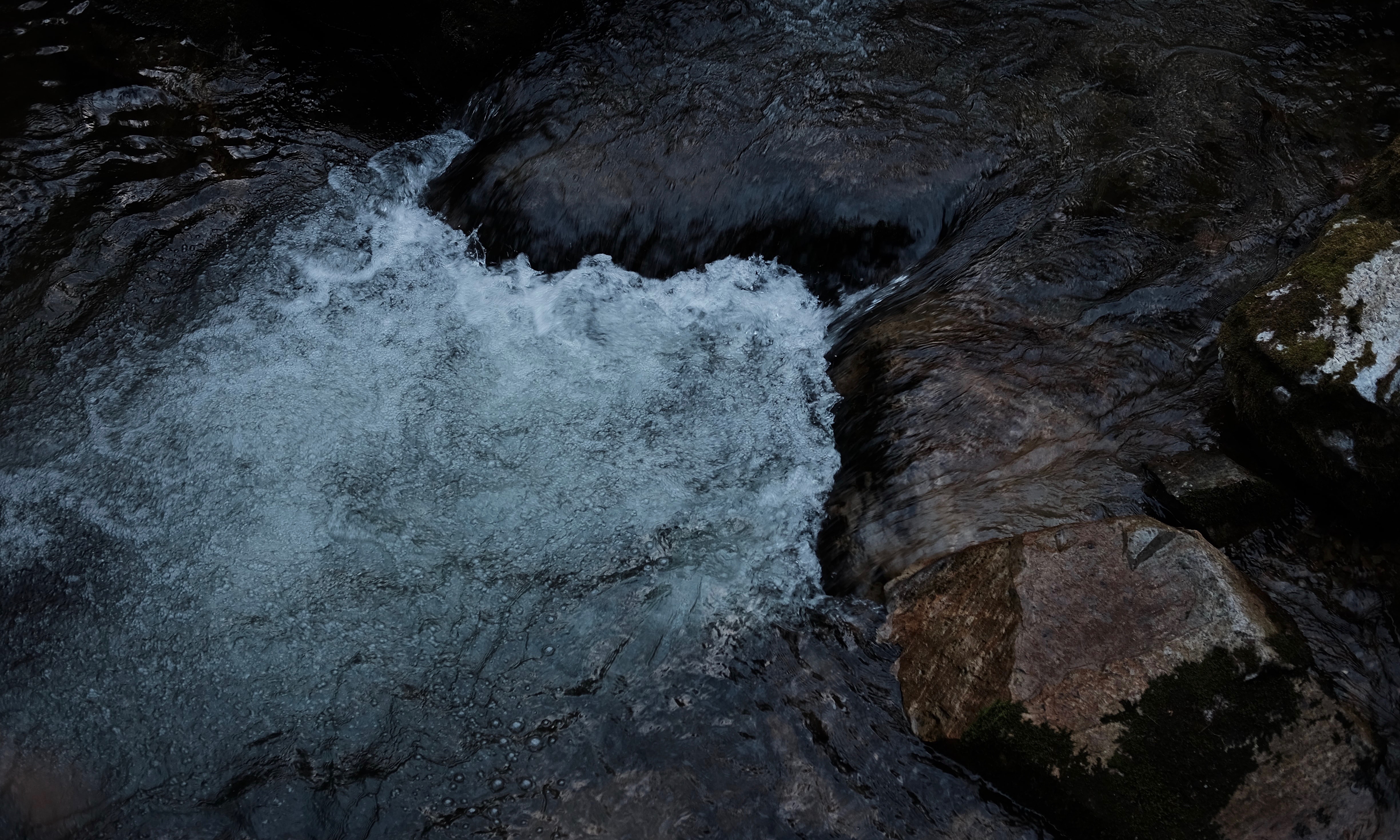 ‘Between the acting of a dreadful thing, and the first motion, all the interim is, like a phantasma, or a hideous dream’

Seagulls clashed on the rocks where strange tales of transformations failed to keep ships from being sucked and swallowed by the careless sea. The object of desire for the gulls was a single clamshell refusing to give way to their beaks, even after an enterprising gull had dropped it onto the rocks from a great height. The girl watched as the manic ritual commenced for the second time that day, a raucous event destined to repeat itself over and over again.

Myths surrounding the tumultuous Strait of Messina were as unbelievable to the girl as a clam opening its shell for the sake of the gull. But what could not be seen was just as likely to wreck as the widest whirlpool. Charybdis had seen her town of Messina fall to another blind force of nature, an invisible and multitudinous thing that proved to be the puppet master of the Tragedy of the Town. As Charybdis counted the clams she had fetched herself, she looked to her right where her sister dwelt.

Feral hounds still haunted the rocks where her sister was buried. At first, Charybdis thought the hounds were scavenging for bones. But Scylla’s body rested in that place where the wind deposited the scraps of the rocky shore. In spite of the logical answer, Charybdis named the hounds and called them her sister’s suppliants. Just like the gulls, the hounds performed their antics round the rocks like starving hands on a broken clock. By sunset, the rocks were licked dark by their sea-foam mouths. No matter the time of day, the place was called The Rocks of Scylla. Something about the naming of things made Charybdis see the rocks as more grounded, more real and yet something beyond vision or sound.

Sometimes, when the wild South wind lashed Scylla, a resounding whistle would call Charybdis to its submerged caves where urchins and death resided. Three times a day, on the opposing side of the strait, a vicious whirlpool spun in a counter-clockwise direction and seemed to be eating time in disgust at the present. Somewhere at the bottom of the whirlpool, the beast of the past was waiting to consume the present only to vomit it back up again, unhinged and ruined.

Restless memories reminded Charybdis of something her aunt told her once, something she was far too young to comprehend. She told her how strange attributes of a thing were made into myth to provide some kind of reason for their ways: Monsters of the Deep, the Faceless Wind, the Wrath of Zeus, Blind Cupid’s Arrow, Siren Songs and now the Rocks of Scylla.

“Just take a right and you’ll be right there,” Charybdis muttered to herself. “Oh, and don’t mind the dogs. They’re just hungry, as always.”

For a moment, Charybdis tried to imagine what form she would take if she were mythologized. But she realized that sort of thinking was as senseless as thinking she could see her own face just by willing it. When all the others were gone, there was nobody left to see her, nobody but the hounds and the gulls, the lidless fish and the contained clams. The Scourge That Steals Breath had taken care of that. Fortune had smiled upon Charybdis but left her with nothing else but herself to celebrate.

To pass the time, Charybdis often played games with the wind. She pretended she was a feather and blew wherever the wind took her. But the rocks on either side of the coast set fixed limits to the game. Other times, she bayed like the hounds to see if they would respond. It was only a matter of days before she realized that dogs tended to bark at what they alone understood. Some hidden drive kept Charybdis to the left side of the Strait of Messina. She never swam beyond its pillars marking the descent of the bay towards the darkness of the sea. The last time she stepped foot on the Rocks of Scylla, was to bury the eponymous person there.

As the wind-swept sea glittered as afternoon became evening, a pinprick of a shadow appeared on the horizon. Charybdis craned her neck forward to draw a few inches closer to the distant point. Time and the wind brought the shadow into the realm of shapes and Charybdis called it the Lost Ship Found. She felt like an ambassador of the Strait of Messina and yearned for a small boat so that she could head out and greet them. As the ship looked to be trying to outrun the sun before it fell back into the sea, Charybdis was already waist-deep in the water.

She imagined what she would say to the sailors of the first ship to arrive since the Scourge That Steals Breath had passed a year ago. But the prospect of meeting them halfway was far too enticing not to take the better part of her energy. The current pulled Charybdis towards the western rocks. Every third stroke took her further out as she fought to remain somewhere in the vicinity of Heading Out to Sea.

As the wavelets whipped against her right ear, Charybdis could barely make out the sound of voices. The ship was now as large as her fist if she held it straight out. Suddenly, the wind changed course and blew northwards. Her sister’s rocks began to sing in an octave far deeper than anything Charybdis had ever known. She glanced over her shoulder and saw the silhouettes of the hounds circling the highest point on the Rocks of Scylla. When she looked back towards the ship, she could see the marking on the sail:

Just as a collection of mundane events compose a legend, the lack of mouths to relate atrocities failed to tell the tale of grim realities. But the marking on the sail of the bleak ship was enough to evoke the images of the headlines of newspapers and broadcasts of Charybdis’ plague years. Ships far too abysmal to be called pirate ships roamed the dead coasts and sucked a dry land even dryer. Survivors were bound to live a fate worse than death as that hollow black circle signified the white hole of humanity, a void worse than the Great Destroyer. It was a void of forgetfulness. Books were not burned, they were left with blank pages. Wells were not poisoned, they were filled and forgotten. Birds migrated never to come back and the ground ate the seeds that found it.

Rather than turn back, a primal rage filled Charybdis’ being and made her body feel like it was one with the sea. She was conscious of her lack of weapons and the size of the ship she tilted towards. If there was a metaphorical corner of the sea for her to be forced into, she had found it. As her sister continued to sing deeply from the east, Charybdis channeled her rage and stopped swimming. When she felt the water accept her, she smiled.

The salty depths did not hurt her eyes and the pressure made her feel like she existed for the first time in ages. Memories of maelstroms past coursed through her like electricity. She could hear the hull of the ship creaking just ahead. She could taste the tar that lined the planks, smell the age of the felled timber. The timeless rocks at her back stood firm as the water mocked it in its fluid retreat.

For the third time that day, Charybdis forgot the land and remembered the sea. The whirling waves fell down to that place where the seafloor swallowed up the water. Charybdis felt her belly fill but yearned for more. As she sucked in more of the briny sea surface, she watched as her masterpiece began to spin and complete another liquid triptych for the day. Screams and cries from the sailors were hushed by the whirlpool and watched by the seagulls in the blinding light above. Round about the ship did go, through the tiers of the whirlpool. Just as Charybdis could make out the horror on their faces, she vomited the sea back up.

In a secret place somewhere in her mind, time found its equilibrium and Charybdis stood steadily on the rocky shore. After she vomited a bucket-full of sea water onto the rocks, she wiped her mouth and looked to the east. As the stars peeked out of the void a constellation at a time, she listened to the hounds howl from the Rocks of Scylla. There was no wind as she sauntered towards that place where she dreamed of being someone else. She checked the dark horizon for the light of a ship but only the stars looked back. As she knelt with a weariness that stifled her reason, shattered planks of a ship newly broken beat against the rocks where Charybdis rested. 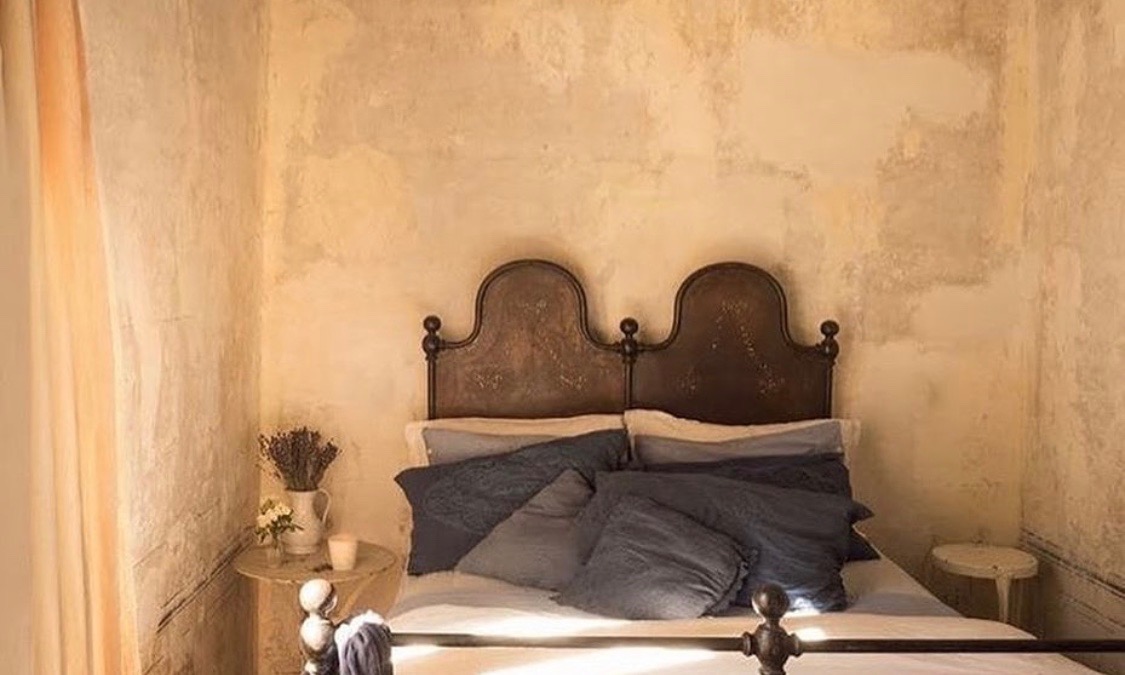 The Confession of Ella Lahey 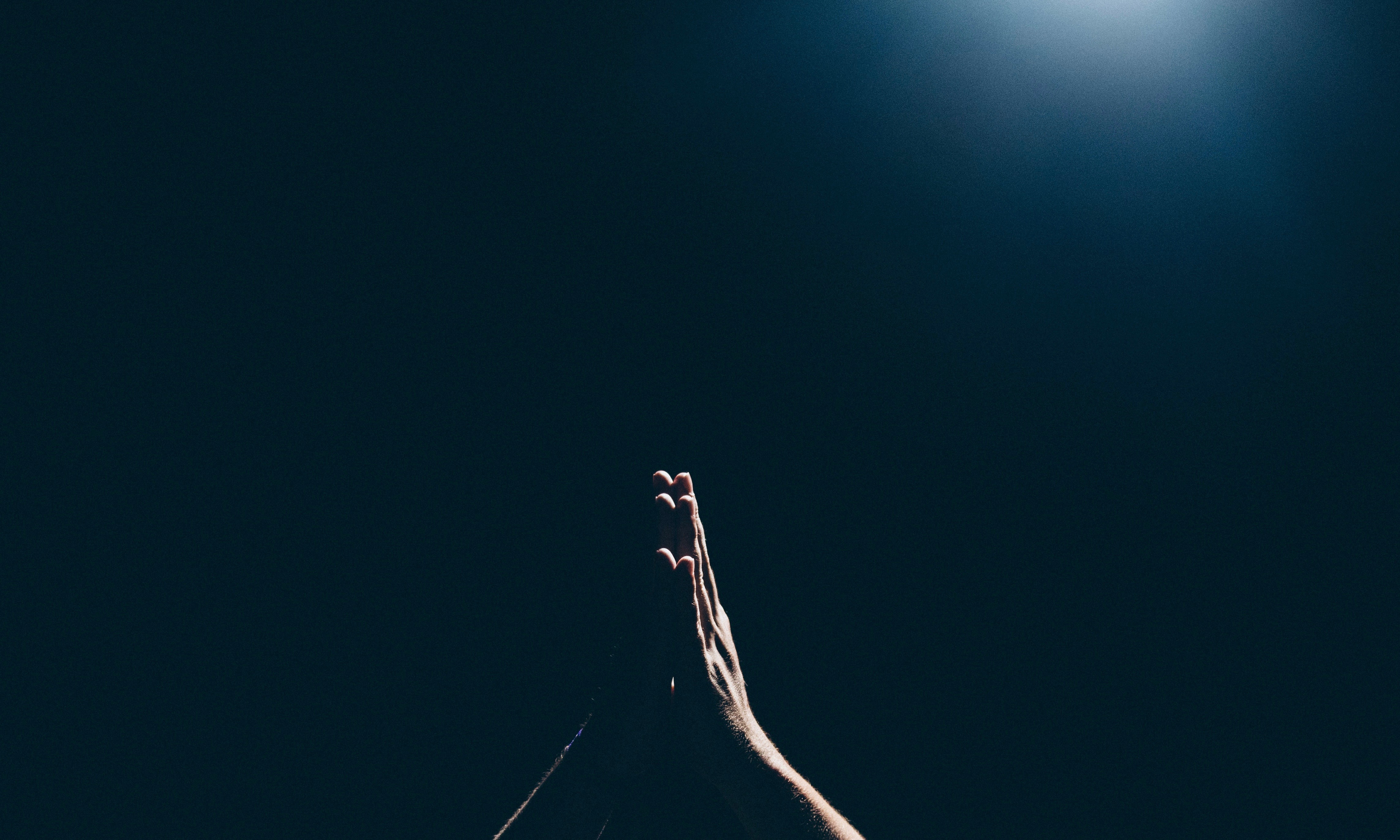 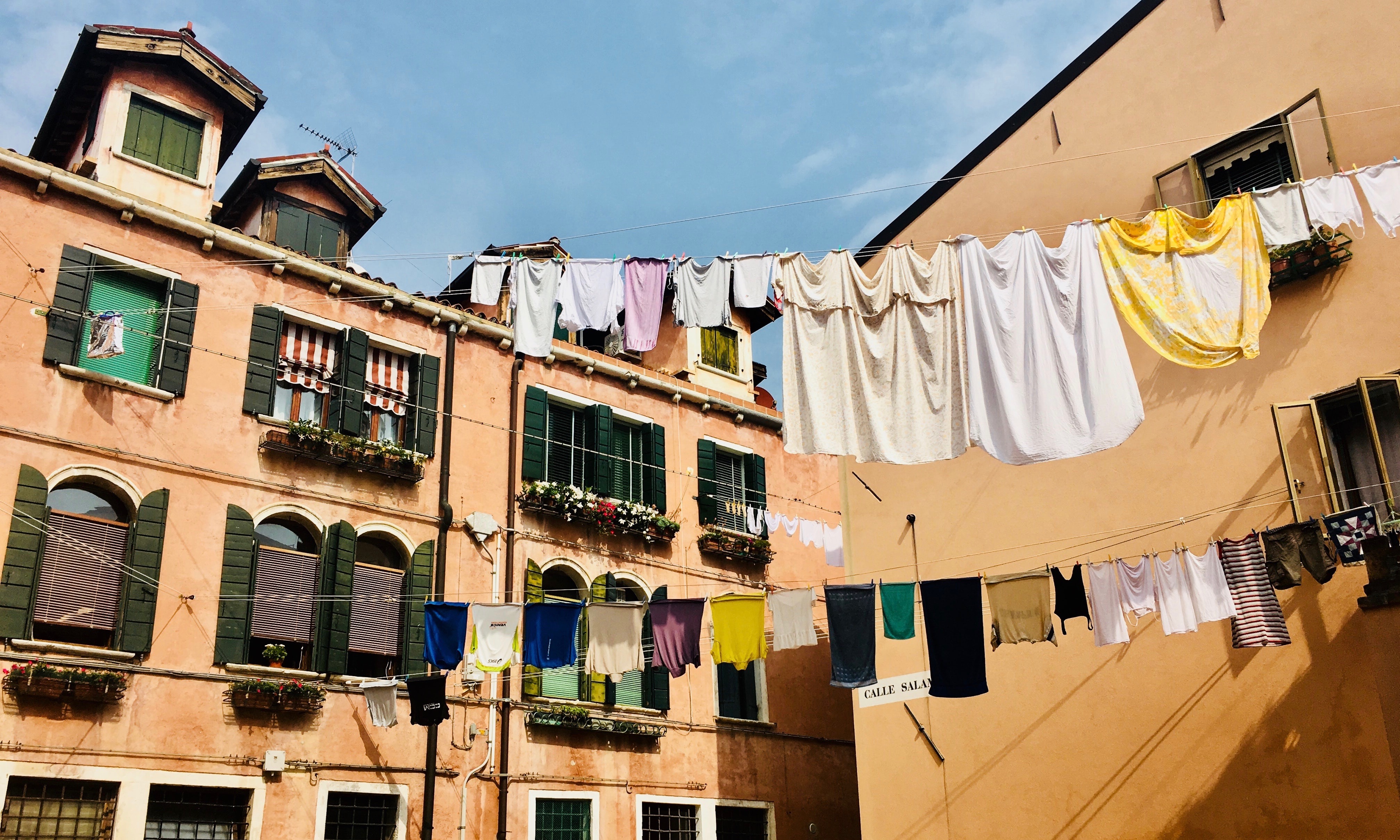