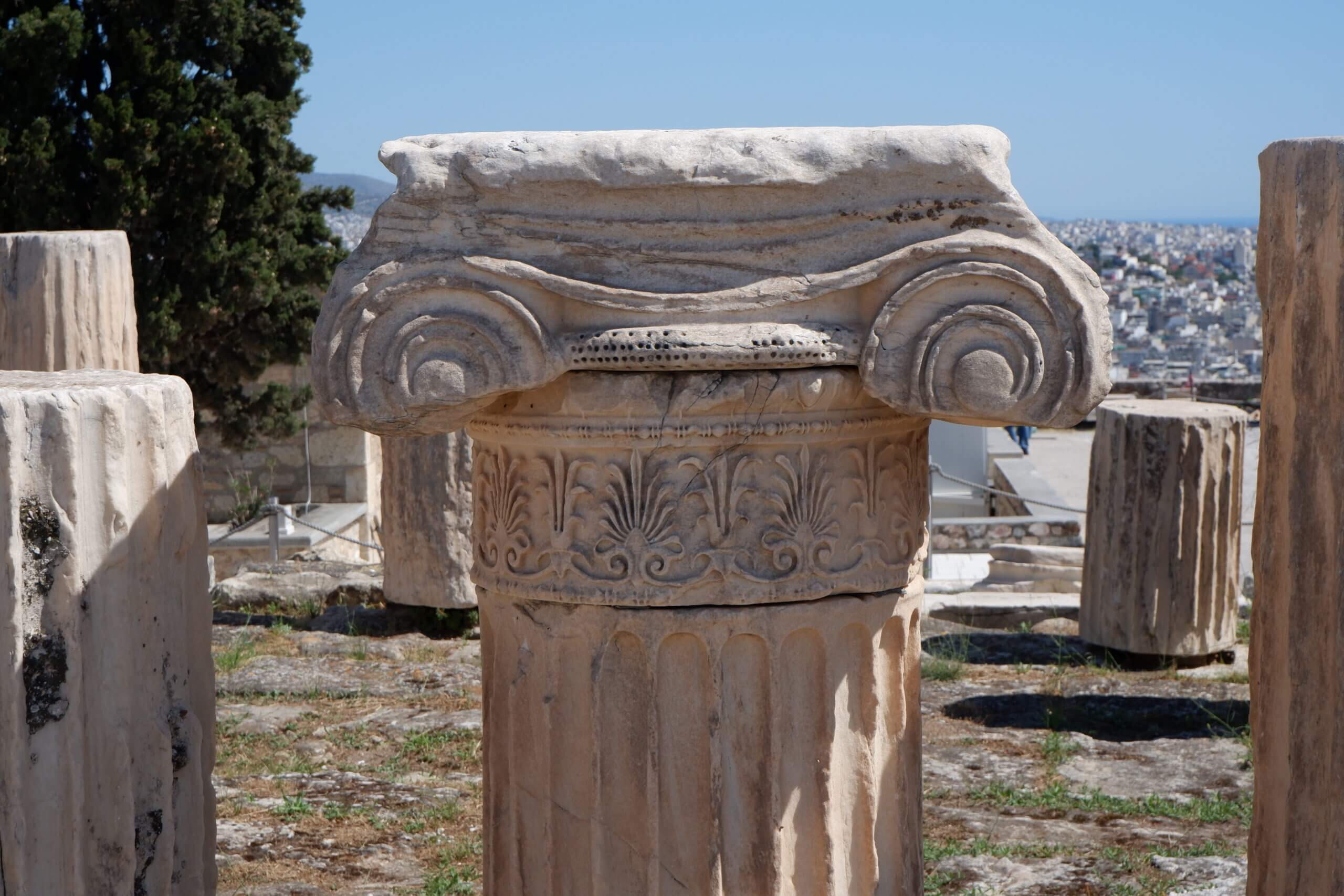 The readers of Cavafy were limited to the select group who received his poems, privately printed on broadsheets or bound in folders. To encounter him, as his friend E. M. Forster wrote, was to behold “a Greek gentleman in a straw hat, standing absolutely motionless at a slight angle to the universe.”

An encounter with his poems will reveal the same. Let’s take a look at his poem “In The Month Of Athyr”.

But now the real difficulties begin. Now the reader poet is starting to have a difficult time reading the next word at line [[2]], as the inscription becomes more and more fragmented. The reader thinks he can still make out the word “Soul” – a concept, which along with the reference to Lord Jesus Christ and the notion of “falling sleep” as interchangeable with dying compose a Christian identity. On the other hand, there is the month of “Athyr”, originating from Ancient Egypt, while Lefkios, i.e. Lucius, is a hellenised roman name. As such, Lefkios is presented as having a multicultural identity, something that the poet shared and often struggled with.

After all, Cavafy thought of himself as a “poet-historian,” which meant that he viewed all human conduct, his own included, in the light of recorded time. When Ezra Pound called the Cantos a “poem containing history,” he exempted his poem itself from history, and the second sense of “containing” applies as well: the Cantos are a kind of quarantine of the past. But in Cavafy history is the container: individuals rattle around inside it. Cavafy believed that you couldn’t “remember” history no matter what you did, and, in any case, you weren’t “condemned to repeat it,” because it had never gone away. All of the modernist sententiae about history with a capital “H” seemed silly to Cavafy, whose life experiences were envoys to the whole Hellenic past. And to him, the idea that experience comes to stay here in this poetry wagers that the poetry itself is going to stay came first and foremost. To Forster, he was at first a mere “rearranger” and “resuscitator” of the ancient past. Then, Forster wrote, “his talk would sway over the Mediterranean world and over much of the world within.”

Next, we are informed that the man had an early death, which explains perhaps the emotionally charged character of the poem – the sorrow of such a death complements the admiration that Cavafy holds for youth and has repeatedly shown in other poems of his. The reader “discerns” that he was from Alexandrea – a step beyond merely “making out” and before the ultimate effort of “managing to read”. This escalating effort of the reader reflects his escalating emotional involvement.

Because Cavafy generally avoids metaphor and verbal filigree, his poems have sometimes been taken for mere stacked prose. And that’s perhaps the reason behind the argument that Cavafy is an easy poet to translate, with Brodsky going a step further, when saying that Cavafy actually gains in translation. But every choice a poet makes, even the choice to rule out symbol and metaphor, carries symbolic and metaphorical value. Cavafy’s relative verbal barrenness, therefore, has meaning, but the meaning depends on measuring his deliberately flat diction against an often complex prosody.

But his rare use of metaphors has its exceptions. The image of the mutilated lines creates a somatic and highly physical metaphor, as the poem reveals tiles from the mosaic of Lefkios’ life in parts. But the task is difficult for the reader, perhaps so difficult as to be impossible. That is because the missing parts of the body of the poem, which match the missing parts of the inscription that is read by the reader poet, may perhaps never be found, may perhaps never be reunited with the parts that remain. And so the remains of the body of the poem may perhaps never be brought back to life. Unlike the goddess Isis, whose quest is to reassemble and restore all the missing parts of the body of Osiris, the reader of the poem may have to give up any hope, settling for something that falls far short of restoring the whole poem. The reader may have to settle for the fragmentation that remains.

But the reader poet persists. He continues to read the inscription, as if to sustain a hope of restoring it and bringing it back to life simply by continuing to read. The reader continues to restore missing fragments within the square brackets that mark what is missing. The remains of the body of the poem call for the restoration of the fragments that are missing. Every new piece of information offers some relief to the reader, some consolation, as seen by the less strict syntax, the more frequent repetitions, the ‘retreat’ of narration in front of the lyricism of the images.

At the end, the fragmented words of the poem, are replaced by the restored words of the inscription. There are no more square brackets to indicate the missing letters of the inscription. Now “Lefkios went to sleep” for sure, and these words are no longer quotations from the inscription, enclosed in double angular brackets and showing the epigraphical restorations, as they had been before. This time, the words are not the words spoken by the inscription, but the words spoken by the reader poet. The poet reflects on the experience he has just had and reaches closure. Lefkios died, but love gave value to his life and that is all that matters. Perhaps, it is love that amounts to immortality.

Icons: The Bridge Between Man And The Divine