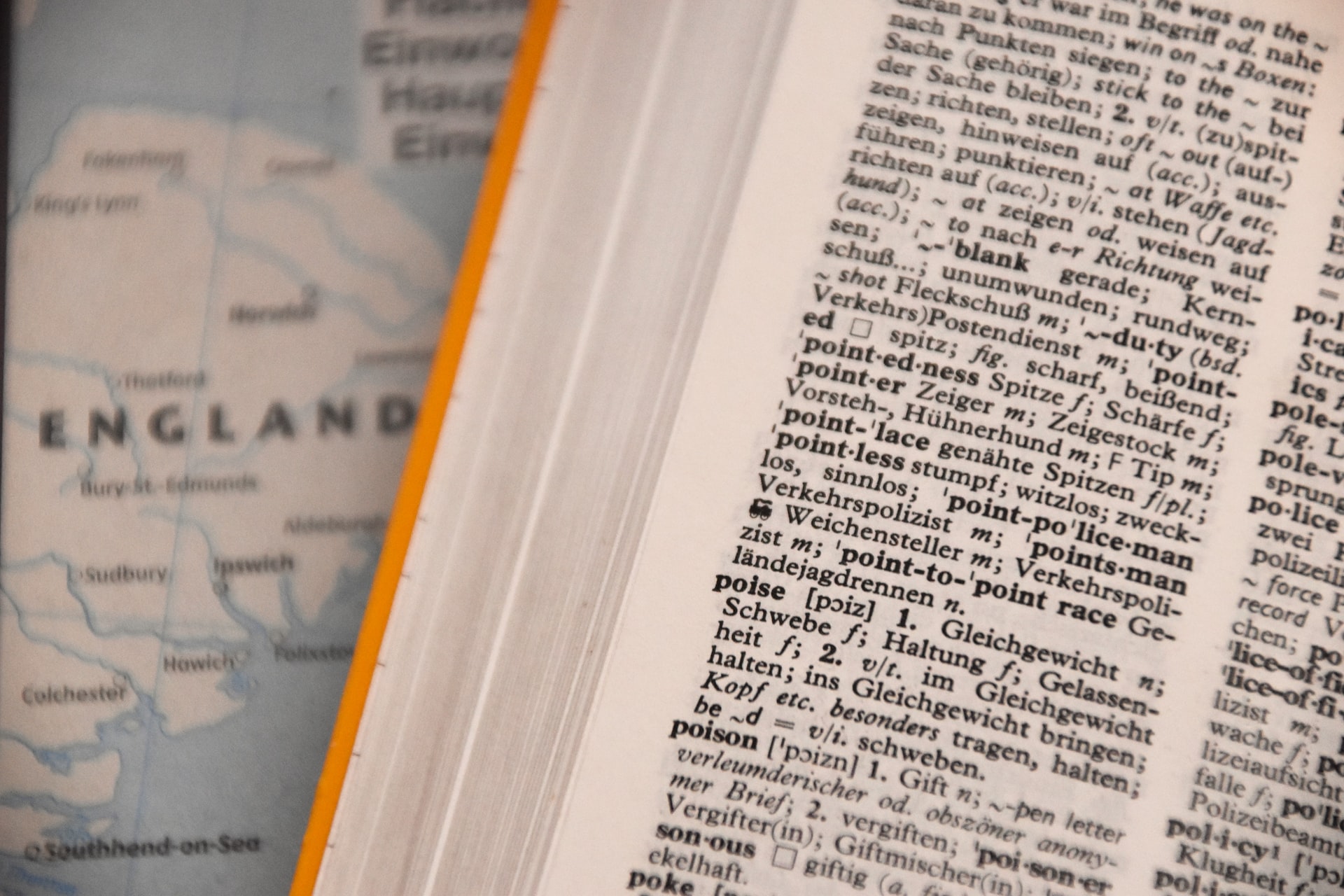 The One Pierced Through

(I know you: you’re the one bent low.
I, your servant, am the one pierced through.
Where, to vouch for us both, will a word flame free?
You—so completely real—hallucinate me.)
‍

I began with one short, circumscribed, parenthetical, untitled poem, in a language I didn’t know, a spark of encounter and revelation, purposely fragmentary, and from these four lines, Paul Celan’s poetry has grown outward for me and become immense. The poem first appeared in 1967 in his book, Atemwende—“breathturn”, or “change of breath”—a word Celan coined for the turning or breaking point, the crisis in writing and life, which these poems recorded. Four lines, four breaths: a poem that itself enacts a turning.

This tiny poem takes up enormous matters—knowing, witnessing, the real, the not-real, freedom, servitude, revelation, union—with the metaphor of an immanence that hovers and pierces, the image of a Word on fire. An entire scripture, encapsulated; an I and a Thou, Ich and Du, both in need of a witness. The disturbing encounter, and the immediate knowing, seem to recall the burning bush of Exodus—that humblest of thorn-trees, on fire but not consumed, and capable of piercing. As an ancient midrash (rabbinic commentary) observed, you may put your hand into a thorn bush without harm, but just try to take it out. An early title of Atemwende was the all but untranslatable compound, Wahnspur: Wahn, the last word of this poem, meaning delusion, illusion, hallucination, error, madness; and Spur, meaning a trail, a track, a vestige, a mark.

The poem carries and holds these matters—the disturbance and fright—in a container of rhyme and meter that was all but unheard-of for Celan. The form manages to suggest harmony, completeness, and rest, even though the poem leaves us with anything but these—just as Celan’s final poem (“Rebleute graben...”), written about one week before his suicide in April 1970, invoked in its final lines “the Invisible” summoning the wind within bounds, and being known, and the Sabbath. Here, the stanza is held within parentheses, as if broken off, provisional, a shard, or one can read it as a theatrical aside, an intimacy meant to be overheard—hermetic, sealed-up, but wide awake, as Emmanuel Lévinas once observed that Celan’s poems enact “insomnia in the bed of Being”. [1]

I wanted to make this poem my own. And I was willing to take liberties, as Celan was repeatedly willing to do as a translator himself, of Mandelstam, Blok, Apollinaire, Valéry, Shakespeare, Dickinson, and Frost. The poem itself seemed a parable of translation—an encounter, and its shadow. I wanted to keep the formal structure, making a rhythmic, rhymed poem in English, which other translators had not done, or not to my satisfaction. I knocked off a word-by-word draft, quite unsatisfactory, but a start, knowing what an illusion it is (ganz Wahn) to expect literal accuracy:
‍

(I know you—you’re the one bent low,
and I, pierced through, am your underling.
Where does a word flame forth, to witness for us both?
You, so completely real—I, completely not/a complete illusion.)

Who is this “you”, the reality addressed by an unreal “I”? Celan’s early encounter with Martin Buber’s work is well known, particularly I and Thou, and his compilations of Hasidic tales of encounter with the divine. One of the few prose testimonies Celan left behind as a key to his art, an acceptance speech that he delivered in Bremen in 1958 for a literature prize, is especially poignant. He said, “A poem, as a manifestation of language and thus essentially dialogue, can be a message in a bottle, sent out in the—not always greatly hopeful—belief that somewhere and sometime it could wash up on land, on heartland perhaps. Poems in this sense too are underway: they are making toward something. Toward what? Toward something standing open, occupiable, perhaps toward an addressable Thou, toward an addressable reality”. And he ended his brief remarks with a somber and subtle evocation of the Shoah, calling himself “someone who, overarched by stars that are human handiwork… goes with his very being to language, Wirklichkeitswund und wirklichkeit suchend”.[2] Reality-wounded, and Reality-seeking.

“Not always greatly hopeful”: there was always the possibility that the addressable Thou was No One, Niemand—the figure who is, after all, the central character of Celan’s previous book of poems, Die Niemandsrose (1963). One poem in that book, recalling a Nazi labor camp, cries out in yearning, or despair, or both, “O einer, o keiner, o niemand, o du.” O one, O none, O no one, O you. The “Psalm” that gives the book its title records, even blesses, an encounter with and against No One and Nothing (Niemand and Nichts) that is also a blooming, as “the No-One’s Rose”—its final word is “thorn”. A poem in Atemwende that is a kind of companion to “Ich kenne dich…” ends by declaring, “Niemand/zeugt für den/Zeugen”—No one bears witness for the witness. But is this a positive “No One” who does bear witness, after all? The vocabulary of “Ich kenne dich…” is infused throughout this book of “breath-turning”. Wounds, scars, piercing; “temple-pincers” that seem to recall psychiatric shock treatment; witnessing; I and you; wirklich; Wahn.

But how to translate these four lines, which would not let go of me? Partly by slogging my way through German dictionaries and asking friends for help; partly by learning from and quarreling with other translators. Here is what four of them have made of the poem in English:

(I know you, you are the deeply bowed,
I the transpierced, am subject to you.
Where flames a word, would testify for us both?
You—all, all real. I—all delusion.)[3]
‍

(I know you, you’re the one bent over low,
and I, the one pierced through, am in your need.
Where flames a word to witness for us both?
You—wholly real. I—wholly mad.)[4]

(I know you: you’re the one who’s bent so low.
You hold me—I’m the riddled one—in bondage.
What word could burn as witness for us two?
You’re my reality. I’m your mirage.)

And then, less directly, there’s Robert Hass—not translating the poem exactly, but slightly referring to it in the last stanza of his poem, “The Distribution of Happiness”:

(I know: you are the one
Pierced through. I’m the one
Bent low beside you, trying
To peer into your eyes.)[6]

Joris, we notice at once, has set rhyme and meter aside. Felstiner manages off-rhymes, but seems shaky on the meter, especially in line 4. Popov and McHugh come up with a rather awful visual rhyme, almost urging one to say bon-DAZH. But that is only the beginning of the challenges these four lines present. Joris delivers a couple of phrases that are not quite English—“the deeply bowed”, “transpierced”, “all, all real”—but I can’t say what these add to the language, in the sense that Celan fought with, added to, and transcended German. His “where flames a word” (which Felstiner also uses) is merely German word order,and without a connective, his two-phrase line becomes ungrammatical. I admire Popov and McHugh’s solution for Durchbohrte, “I’m the riddled one”, yet the pun adds a lightness of tone that doesn’t seem right.

Untertan is not an easy concept to render either. “Underling” occurred to me, echoing the under-ness of the German term, but it, too, seems too light in tone to capture what’s at stake. Felstiner’s translation, “in your need”, is a stretch, perhaps for the sake of the rhyme with “mad”—a move that I will hardly be innocent of myself. “Subject” is better, catching some of the word’s sense of obedience, submission, and humility. “Bondage”, to my taste, strays too far. And what to do with zeugte? For what I have in mind, “witness” and “testify” have too many syllables; I hit upon the word “vouch”, which has a more energetic sound, and combines the meanings of witnessing, testimony, and oath taking.

Flammt, as Joris’s version demonstrates, does not translate so easily as “flames”—it needs something more. Flame forth, catch fire, flare up, flash? Popov and McHugh’s use of “what word could burn” changes Celan’s line into a different question, losing its where-ness, the physical search for a word in the realm of space. Stretching a bit myself, and wanting a rhyme, I decide on the verb phrase “flame free”, counterbalancing the nuance of servitude in untertan.

Then there is the finality of Wahn, which, maddeningly, means so many things. Felstiner catches the connotation of insanity when translating Wahn as “mad”, but it’s not just madness. I prefer “delusion” or “mirage”, but neither quite sings to me. So I take a leap, emboldened by Celan’s own style of translation, and make the noun a verb: the utter reality of you is what makes the I unreal, a creation out of Nothing and No One. You hallucinate me. And who can witness such a thing as that? Who but you and I will ever know it?

(I know you: you’re the one bent low.
I, your servant, am the one pierced through.
Where, to vouch for us both, will a word flame free?
You—so completely real—hallucinate me.)

Content for now with what I’ve made for myself out of these four lines by Paul Celan, I feel certain nevertheless that they’ve eluded us all, and broken free.

Dan Bellm has published four books of poetry, most recently Deep Well (2017), as well as translations of poets Pura López Colomé (Speaking in Song), Pierre Reverdy (The Song of the Dead), and Jorge Esquinca (Description of a Flash of Cobalt Blue). He lives in Berkeley, California, and teaches translation and poetry at Antioch University Los Angeles. 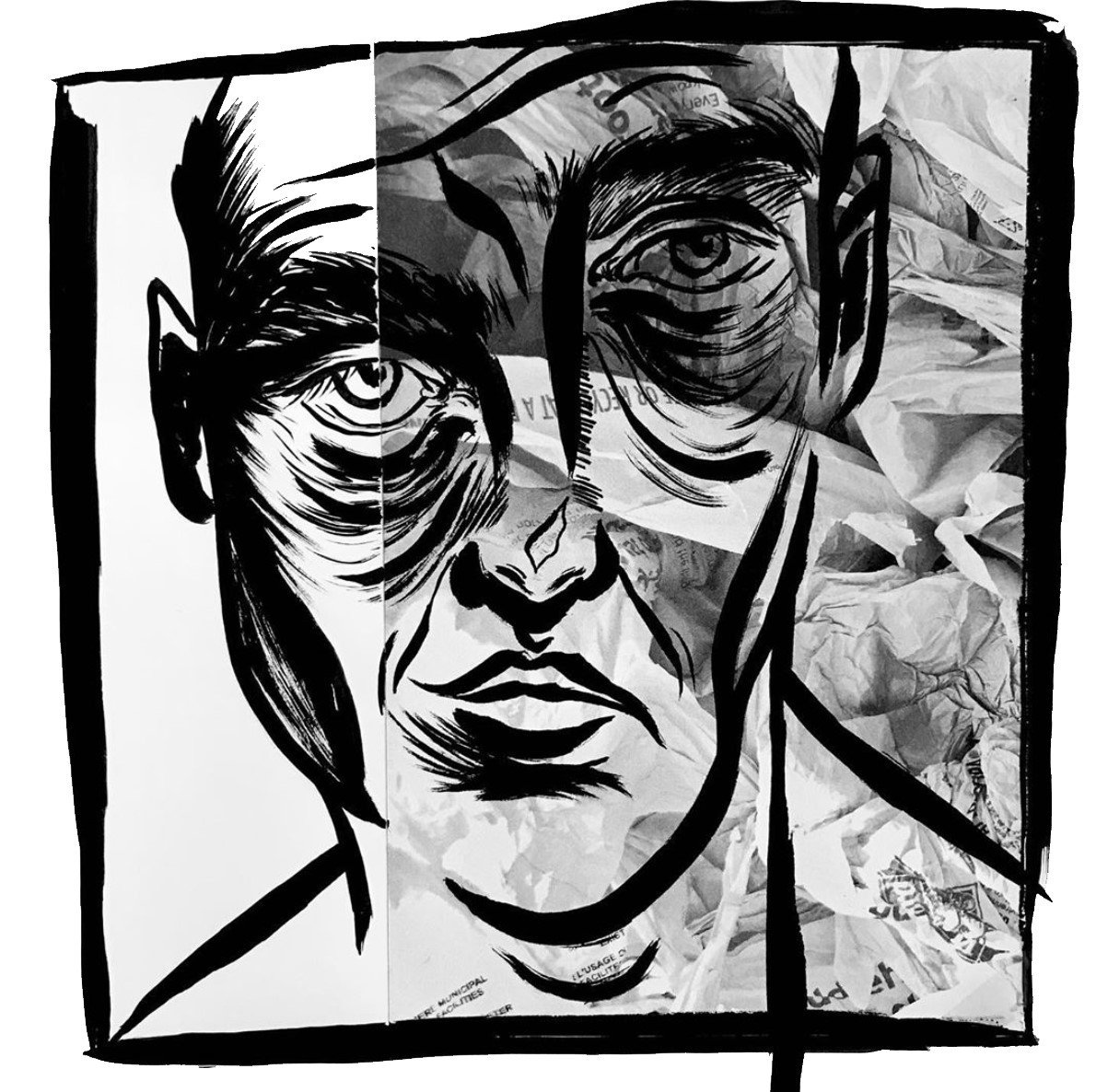 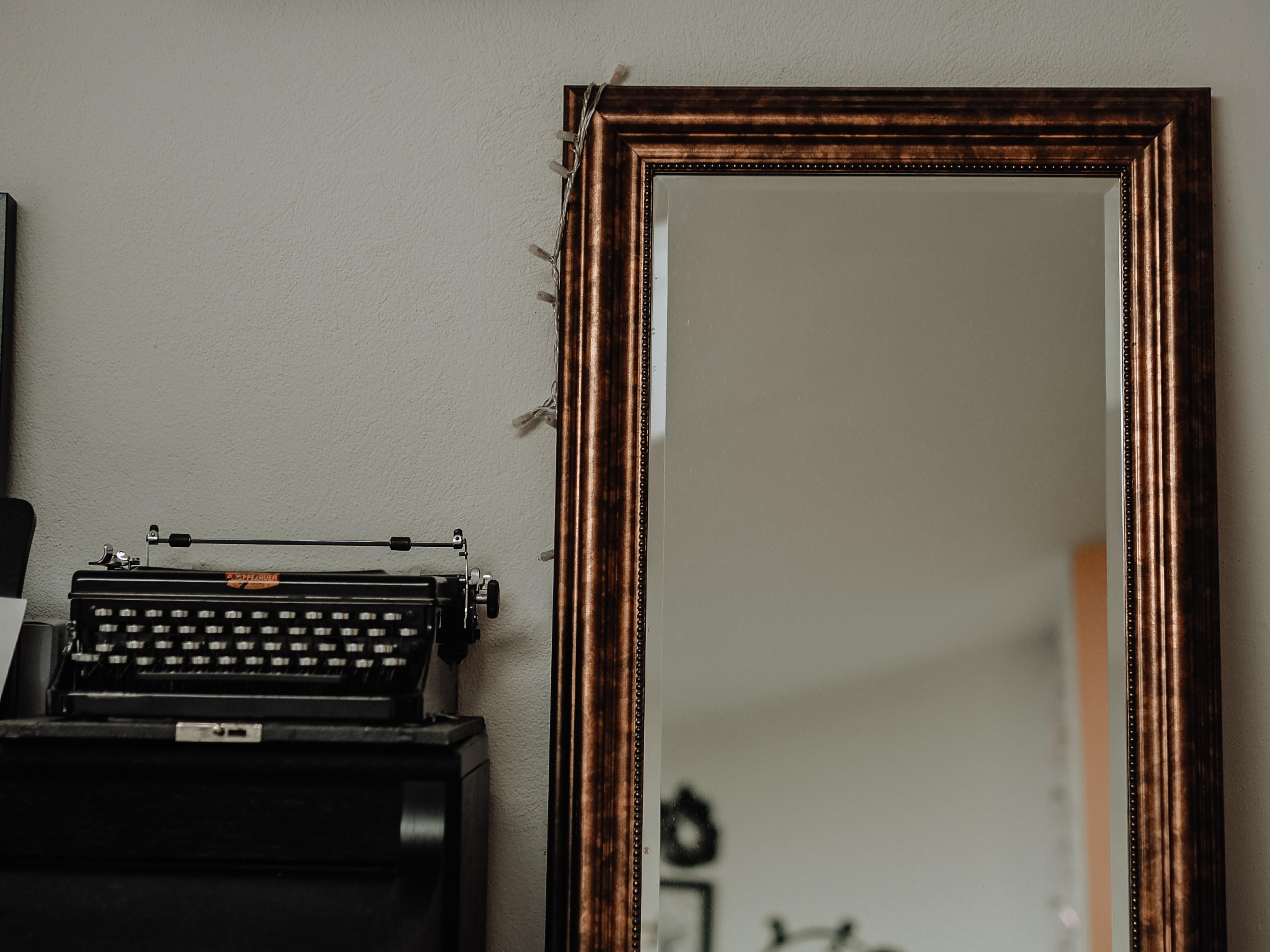 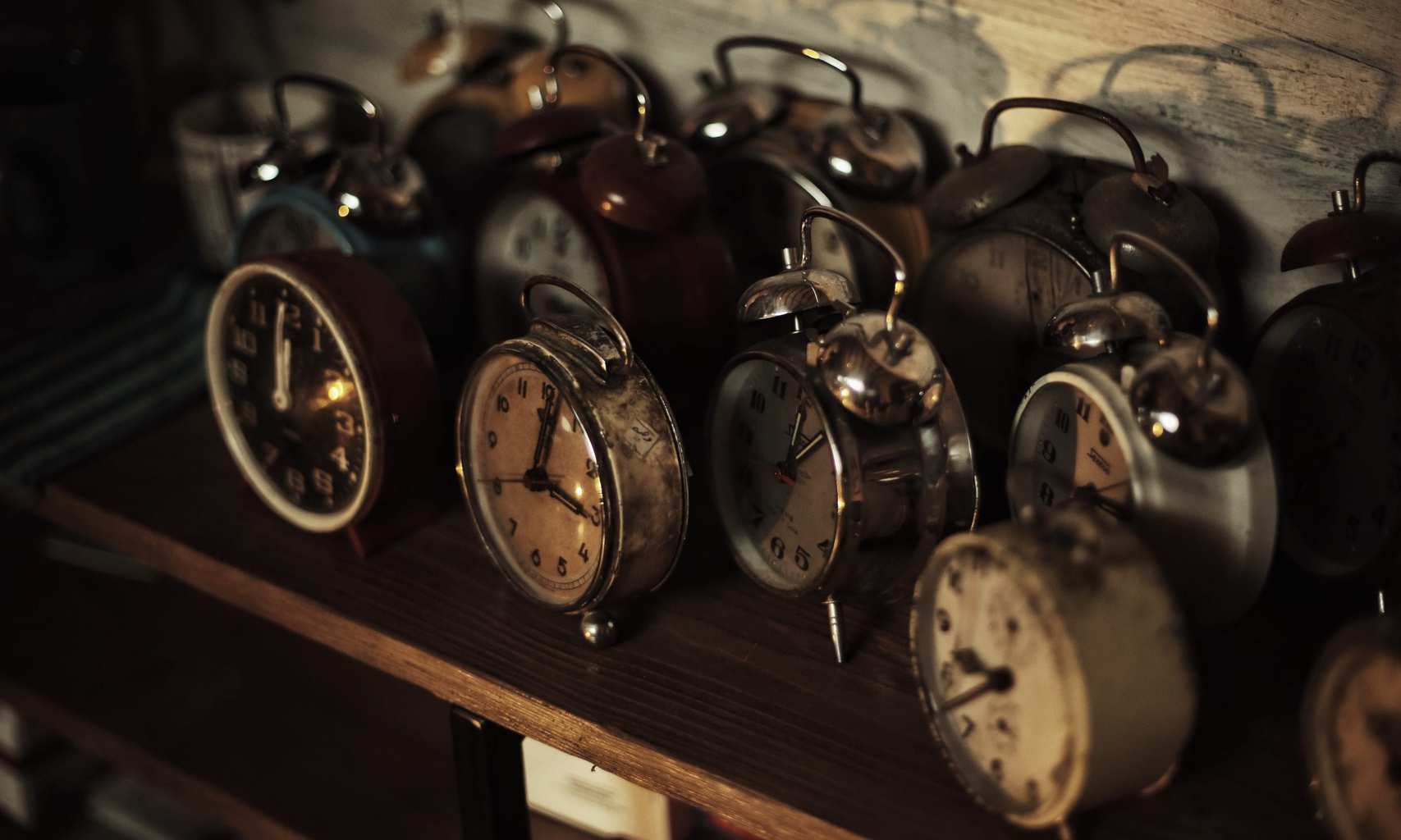 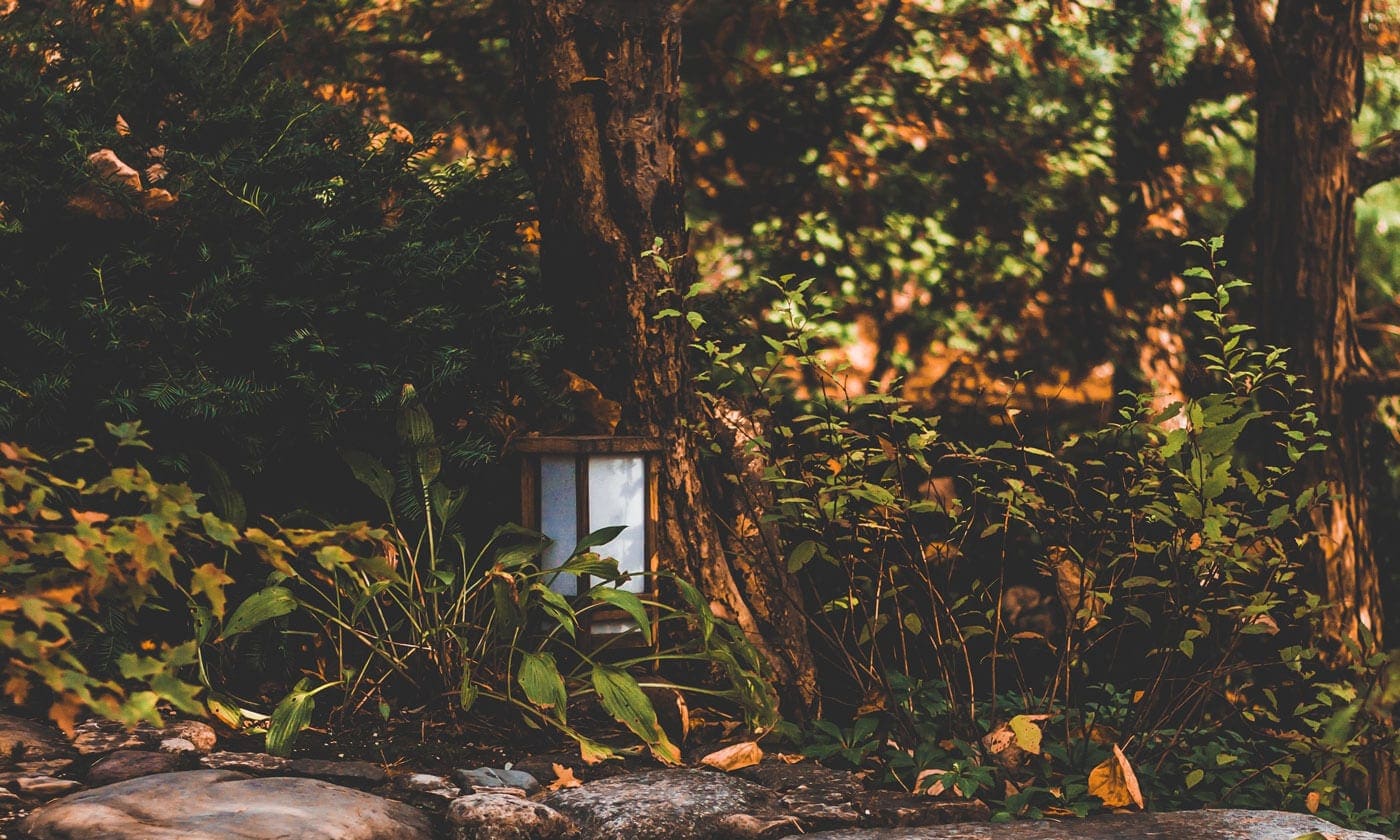