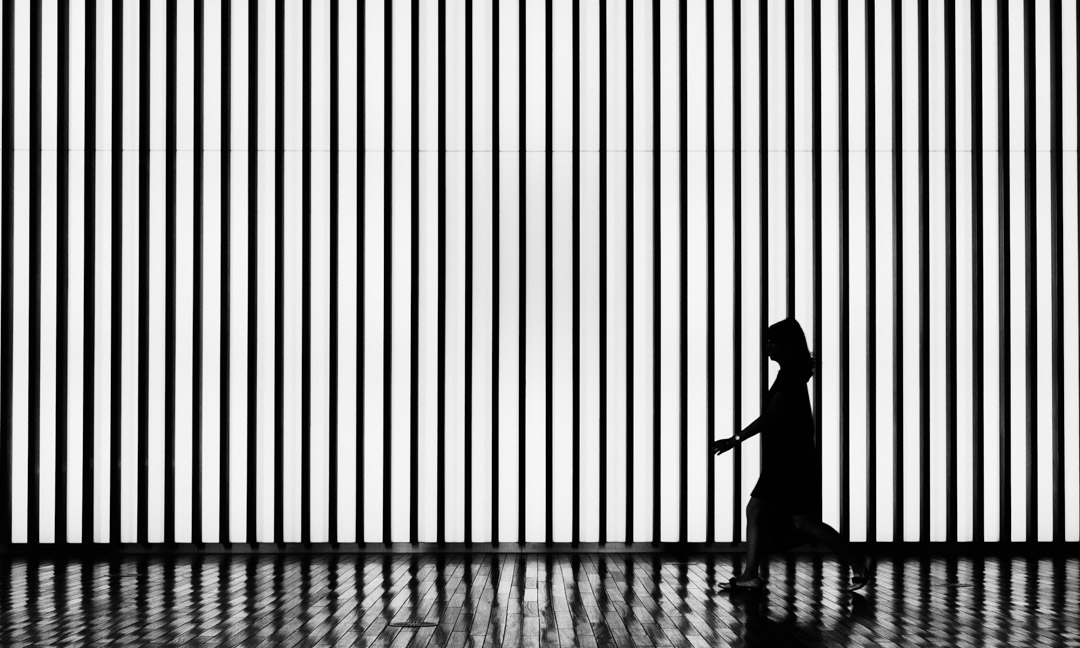 You’re held inside this story. It repeats,
‍child witness of the snipped-off lives,
malicious massacre at Karbala. Ruqayya.
Brandished swords in flesh slice life
from life to death that day. You are
a girl of four or six or maybe ten years old.
Hussain, your father, is beheaded here.
The tragedy repeats your name, Ruqayya.
Ruqayya—pressed with women in a howdah cart,
held and stowed there like an un-lidded eye,
across dry deserts for five-hundred miles
to the grim palace of Yazid-the-Cruel.
You ask—where is my father? He replies:
Here he is. This is his head. Look at it.

Here he is. This is his head. Look at it.
‍Famished children do not cry, gut squeezed
from war’s starvation. You look at father’s face.
Yazid sees and hears you scream without a voice.
You slip under the weight of unwept tears.
Little girl, once papa lifted you like music,
drew you on his chest for sleep, so safe,
hush now, sweet darling—my habiba.
You’re thrown in a cell, peephole for light.
That night, the moon’s a fingernail, it’s edge
cratered with torn bites, sleepless as the stars,
the stars in open skies. Your fate is clear,
they’ll never let you go. Devil Yazid’s spell—
You kiss your father. Do you swoon and die?

You kiss your father. Do you swoon and die
‍or hold your breath in fear? Death closes in
collapsing rescue dreams, release and hope.
Morbid messy memories arrive, repeat.
Just days ago, you feel your earlobes rip when
Shim’r, Yazid’s soldier grabs your earrings,
Hussain’s golden gift. Same day an arrow
pierces baby brother’s throat. You look
but see—no rider—father’s horse. You know.
You kneel and hug the headless man.
Blood-reddened carnage smears your hands, arms,
face and chest. They catch and tie your running
feet, your hands with rope, again
Life tightens, twists—twisting life from inside.

Life tightens, twists—twisting life from inside.
You stand before the throne that’s holding Yazid.
A man asks: may I have this girl, Ruqayya?
‍Bibi Zainab, Husain’s sister, glares at Yazid,
commands the room and shouts out—Death
to Prophet’s kin brings your undoing! Her
tongue, becomes a dragon of word-light as
war-room men grow smaller, fade.
Repeated there and in the women’s cell
she tells that bleeding narrative of loss.
That haunting night, some say, your father
calls. For you, for him—at last you die.
The floor’s your burial. The women cry:
great-granddaughter of Allah’s Prophet—dead!

Great-granddaughter of Allah’s Prophet—dead!
‍Centuries pass. The thirst from Karbala remains.
Your grave’s groundwater spreads. Stop
this leaking water now! Young daughter
of the tomb-keeper sees you in vision, dead
and floating. She hears you calling out. Your coffin
is exhumed, all soaked in water, packed in mud.
You’re there—still young, unharmed, and clean.
Their eyes look on your face. A legend’s born,
your story wrapped around you. Dry.
Today you lie enshrined in perfumed silk
inside your casket’s shell. With no
immunity against enormity,
here’s an eyehole for the world to see you.

Here’s an eyehole for the world to see you,
‍your green tomb in Damascus. I glance up.
A thousand mirrors brighten from above.
Roof-top— ra‘uf, covers you, Ruqayya. Allah!
Ya Ra‘uf means love through deepest wounds.
All battered ones who gather, pray for help.
You listen for their grief. They know you know,
boost blessings for their pain, the sickening fright.
Blue lines in Arabic glow and decorate a wall:
Qur’an 2:201: O Sustainer, give us goodness,
virtue in the world and the hereafter.
From all suffering keep us safe!
‍Ruqayya, Queen of Endlessness,
you’re held inside this story. It repeats.

Imagine this: you are asked to assemble a story about a child of history. She has several first names and no consistent age. The last month of her life unfolds with anecdotes told in women’s circles centuries ago. She is significant because her father, Hussain, is Shia Islam’s most important martyr in all of history, and she was close-by at his death. The mystical tale of her watery coffin awarded Ruqayya fame and an exquisite mosque and shrine in Damascus. It does exist. I spent time there in 2008.

Tamam Kahn is the author of Untold: A History of the Wives of Prophet Muhammad, Monkfish Press, which won an International Book Award in 2011 and another book on Muhammad's daughter Fatima—all in poetry. Tamam was recently invited to read her poetry at the Shift Network Mystics Summit in February.