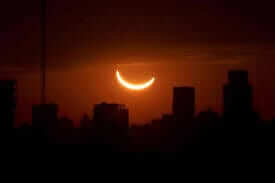 I'm overwhelmed with associations — I don't know what to say. I want to talk about the whole world. Holding the whole world in mind. Holding it all like a globe cupped in my hands, and beholding it silently. Holding it longer than my true interest holds, and the mere pleasure of seeing from afar sets in.

The next step in my routine would be to continue writing my mathematical notes, celebrating the ability to see from afar. I'm a collector, showing the bored but respectful you my satisfaction of a completed whole. So, for the mind's pleasure, I'll usually get stuck with the philosophical introduction at the beginning, trying to describe how it feels different to do Analysis, or Linear Algebra, or Probability, or Quantum Mechanics. There aren't really good words for these, and by the time I write anything, it falls flat. But all these mathematical areas really do impart a characteristic kind of thinking. If we think of all the "things to do", there must be a shopping mall for all the "things to do" our civilization has amassed — the seller might direct you to these and these exotic thinking experiences. See, that didn't sound interesting to say, but it is a concept, it's a metaphor I keep returning to, so I can only hope you glean something from it.

So there was that cloud of associations, let's flip through them like the pages of a magazine, and choose one, like a commit in Github, and watch as the camera fixes on the center of the page and zooms in to reveal a story in black-and-white. The hens are pecking in the straw in front of a henhouse, so we ought to turn the camera left to see where the real action is happening — a woman just received a package in cardboard and is signing because proof of receipt is what keeps our civilization well-oiled and functional. She bids good-bye and turns to step up the two low stairs and enter her painted red country house.

This is her life, and, being her life, it achieves transcendence in her memory as she details it the following night to her husband, who has a deep enough connection with her for this trifle moment to be meaningful to him.

Where is the Polish song? It is what fits into the wind-swept streets of Krakow as I browsed through the Chopin evening recitals — the same three pianists repeating the same three concerts weekly. The Chopin repertoire is small, but perhaps it never gets old. A stone archway, a slight medieval atmosphere, bars in cellars where one might stay with the red brick and concrete dust and the dim hanging light bulb and become simple and candid as time meanwhile rushes to five a.m. I had the hostel booked, but didn't leave the maths camp in the mountains I was teaching at, as I fell ill after a hike with the organizers to see the sunrise at five a.m. from the mountaintop — underwhelming, as the clouds were like the cage of a giant, but the red veins of the sun did show themselves as the giant peered through a slit to check on its adventurous pets — better than TV, the giant might say as it imparts the happenings to its friends on the other ruffled white sofa in the room. And there we go, vainly as a human, I play with imparting the Polish feel and with locating the words that house impressions that surge as memory recombines all those gorgeous movies and books and experiences.

Imagination. Why is the vocabulary for such concepts so limited? A green philosopher will struggle greatly to be eloquent, first towards others, then towards themselves. Words falling flat. Words that don't evoke imagination. "Try to use as few adjectives and abstract words as possible," they said at the poetry meet. Of course, thoughts are not words, thoughts are twinkles of stars in the night sky, but we want to hold them, plead them to stay just so that we could admire their beauty for a moment, and so we take the thoughts and imbue objects with them, like the orange-veined stone a friend handed to me on the day she explained her ulcer with her cinnamon-chewing addiction. People sweep by, leaving dear memories. Nostalgia. The wife and husband, in the evening bed lit through the sliced cone on the bedside table.

Those with age are who truly know what life means. Meanwhile, the youth is arrogant. That's where I am: youth. That's the place to figure out. Youth is exuberant, it is the appetite of the whole band of knights gorging on roast pig with their hands under the Henry VIII painting. It is ambition for the world to open up like the end of a trumpet and it is to rocket out of it like a fanfare.

A silence fell over the writing club. Gerty had made some remark to Josh, neatly packaging her wistful sense that his writing, well-crafted as it is, lacks a certain transcendence. Not that hers is better — she feels moments of transcendence in hers ("like a drowsy passenger feeling moments of transcendence during a rough aeroplane landing?", Josh suggested), and it might read like nonsense here and there, but still, she feels a kind of essence take form in them sometimes. "I confess, I often picture someone who's actually critical, and defend as I might all the ideas that go into my poems — which don't and shouldn't have to be profound —, it'll still be clear that my writing is embarrassing, that there's nothing in it," Gerty explains. Benoit, the quiet one, stops writing. Juliana looks at the two, and asks, "but don't you have a mission in writing?" At this, Francis mutters, still looking at his sheet, "doesn't matter. She should fight herself, hysterically lose, get a job at a shopping mall, and never come back." A real charmer, that Francis. "Maybe I will," murmurs Gerty, slouching her arms and head on the table. Juliana doesn't say anything. Quiet in the room. Josh gets back to his short story. Benoit in thought: "Well, do we have anything to write about?," he asks. "Existentialist rubbish!," spits Francis, to which Juliana vaguely shakes her head, "I thought your last piece on pomegranates was very genuine, Benoit, and I've been having a great time with Ottoman history for my fantasy novel, so, well, yes." Benoit, not convinced, rests his head on an arm-tent. Francis sniggers. Gerty pondering. Josh interjects to explain, "he's been talking about true inspiration. Been reading Rilke, maybe. You know, Buddhism stuff, where you clear your mind and go around sort of on automatic. He showed me some of his 'unconscious writing', spritzing whatever words came to him he said, and it even sort of made sense. Later at home I tried it too, but it was just some garbage about cows in space." Benoit smiles, exhaling. Juliana is delighted by the humor; "but you do your craft however you feel like it! What do you like reading? Anything you like reading is worth writing." Francis withdrawn, head turned aside and down. Probably a shy smile is developing in Gerty. Benoit wrinkles his forehead, that is to say, "I'm not sure... may there be joy and may there be jest, but lest we plunge in and carve away, writing deforms into the worst, people held by their heads with their hearts dangling." He glanced at Francis, then something in him sank. We're all laughable, echoed his spirit. Gerty downed her eyelids, shaking her head slightly and then smiled as if she'd had an idea for a poem. Josh is thinking about his short story. Juliana looks to Francis, who slowly gathering posture, declares, "Well! You're all idiots. Look where you've just found yourselves. All your obsessions speaking, it's heartwarming just to hear them. You've all plenty to write about. It's probably all trash. Everyone likes some trash. Roll on with your lives, won't you?" Benoit looks downwards, his mind tracing an arm to catch his heart. Gerty wears a mischievous smile. Josh moves to call out the rudeness, but his mind then shakes aside. Juliana hears but is unfazed; her lips push together as she inhales. As minutes elapse: "k," says Gerty, while imagining a cartwheel. Josh tensely pictures walking up and down. Benoit starts to crave breaking a good baguette. Rather than shaking her head vehemently, Juliana remarks, "Your plays aren't absolute trash." (Francis gets into a fit.) Josh inconspicuously walks to the window. Gerty starts munching on an apple bake from her backpack as her mind trails in comic pragmatism (she nods). As signs of rage abate from Francis' face, Juliana makes the move to ask, "Now, who's for Chinese takeaway?" Josh turns toward her: "That'd be a good idea." As usual, Gerty takes a pass. Benoit finally lurches, "Fine, I can take another Chicken Szechuan with noodles." Juliana acknowledges this with a nod. "Same as him," said Francis in a low voice. As life is inhaled, Juliana dials the phone. Staring out the window, one finds a haze of light staring in. A band of horses ride through the room and disappear in the neon tubes. The characters walk around in their pullovers, the air vibrating as they chat. The party has begun.

Woman Made of Wood