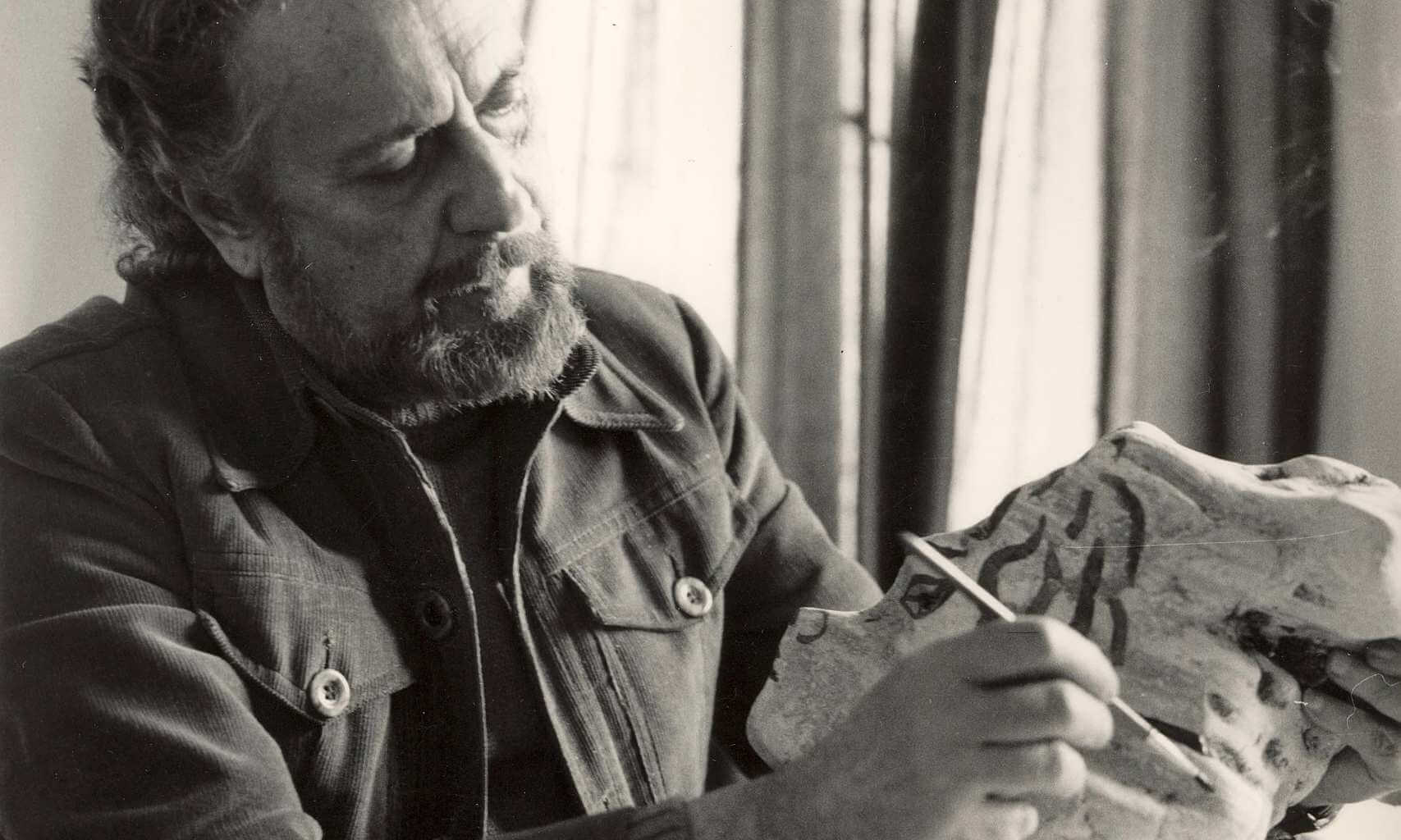 One day he finished with the pitchers, the planters, the cooking pots. Some clay
was left over. He made a woman. Her breasts
were big and firm. His mind wandered. He returned home late.
His wife grumbled. He didn’t answer her. The following day
he kept more clay and even more the day after that.
He would not go back home. His wife left him.
His eyes burn. He’s half-naked.
He wears a red waist-band.
He lies all night with clay women. At dawn
they hear him sing behind the fence of the workshop.
He took off his waist-band too. He was naked. Completely naked. And all around him
the empty pitchers, the empty cooking pots, the empty planters
and the beautiful, blind, deaf-and-dumb women with the bitten breasts.

What a strange image that is – the potter taking off his red waist-band, standing there, completely naked, singing, surrounded by his creations, by his object of desire. His wife long gone. His sanity, too. Or is he at that point utterly sane? It reads so easily, yet once finished, I asked myself what I’d just witnessed, trying to understand why the poet had decided to transcribe such a scene.

Every night, he dreamt of great poetry, quite different from his or what he would ever write, composed of lines so solid, so dense and grainy, which to behold leave you aghast. They steal your breath away. Yet, it remains impossible for him to remember what it is all about, and he has tried again and again, puzzled over these lines, day after day. And in the night, they keep on coming back with new earthshattering and tremendous messages. But not a single word remains when he opens his eyes. They are all gone. They vanish in pure daylight, these huge edifices, those titanic workings of each night.

The poem delays. The word is signified by what it would conceal, and as such, he cannot but wait. Silent, he looks before him, he turns back, he walks, he bends. A lukewarm light, indifferent odours. He grows tired, yet holds on for dear life to the sinking twilight. He has faith.

One evening, the sunset’s wound is bleeding dry, and ridges crease bleak paper heights. He catches a glimpse of a tone of red, like nothing he has seen before, reflected on his window. The rest is blown away, but that’s enough.

He makes his own way deciphering that fire, and he writes the first faint lines, mixing an abstraction with the concrete. Something feels wrong, for the natural object is always the most adequate symbol.

And he continues, pure nonsense, pure wisdom of a man, fascinated by the great starry void, wheeling with the stars – the victory of the infinitesimal being against his own mortality.

More than a Moth