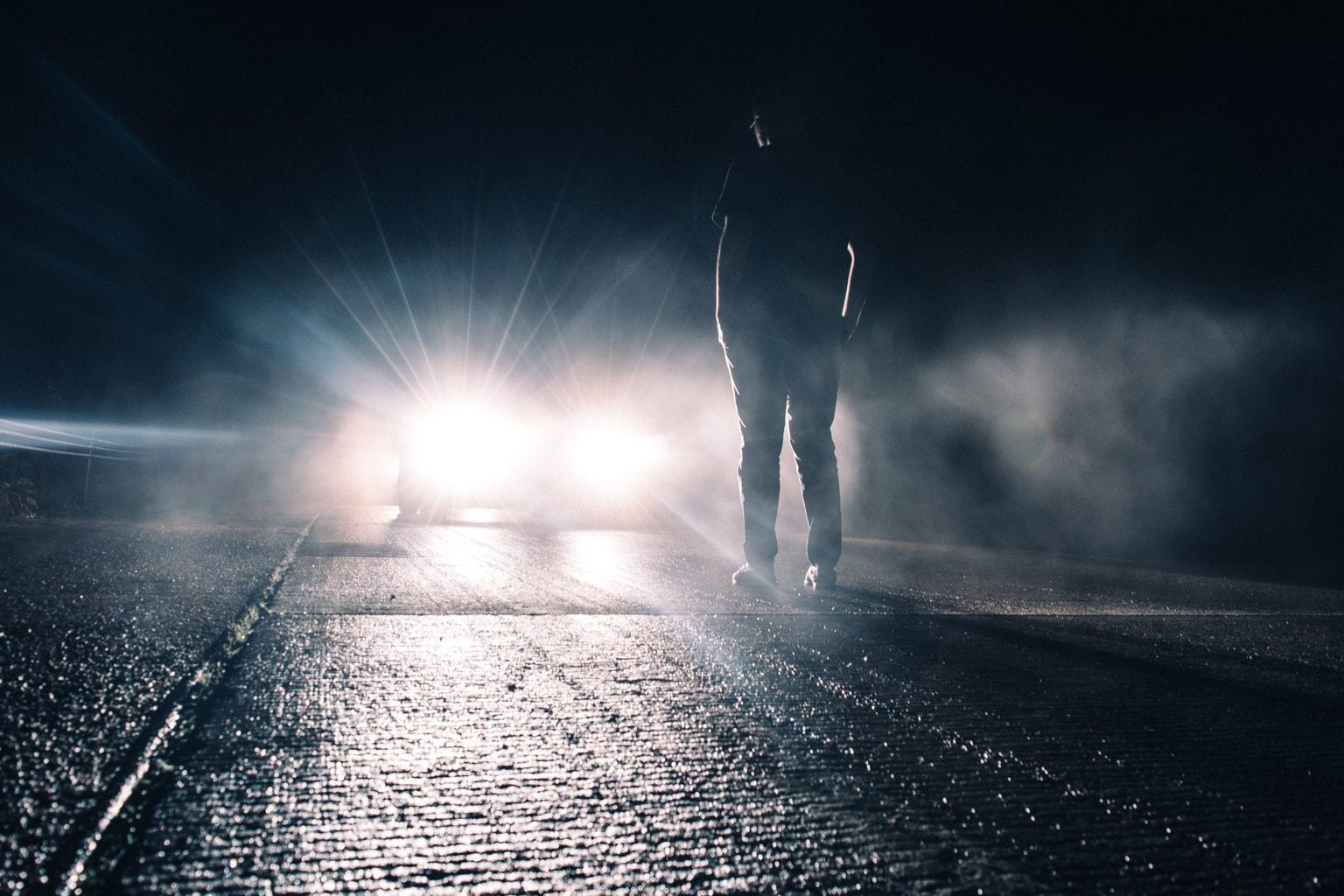 Bruno Schulz, an art teacher and painter in Drogobych, Poland, scribed three literary works of art and then was shot dead by a Gestapo officer – because he was another officer's tame Jewish painter. Even his death is rendered ambiguous, since he had a revolutionary nest of Poles that wanted to smuggle him to freedom. He chose what he had known all his life: a claustrophobic death in a provincial town that had claimed him and brutalized him in its cloistered grasp.
In the English-speaking West, Bruno is best known for The Cinnamon Shops (or The Street of Crocodiles), translated by Cellina Wieniewska – a work so unique it is unclassifiable as a novel, or a linked set of short stories, or a memoir, or an extended cadenza out of Bruno's imagination. This book, if it is a book, can be described about as well as you can explain Mark Rothko's paintings. But we shall try.

First the magic: “He fought in his sleep against the bed like a bather swimming against the current, he kneaded it and molded it with his body like an enormous bowl of dough and woke up at dawn panting, covered with sweat, thrown up on the shores of that pile of bedding which he could not master in the nightly struggle.” We read of an everyday thing: a man dreams through a summer night in a fever of imagination, and then awakens in a stifling room in the gold light of mid-morning. But it is exceptional craft to take two frenzied and antithetical images and weld them together into a single experience. Maybe easy for an artist, so hard for a writer.

Then the mystical beasts, the animata of the inanimate: Bruno's sense of the possibilities of matter informs nearly every chapter, and shares all the moods of a dangerous and wondrous lover. “Then the black rivers of tubs and watercans overflowed and swept through the night . . . a boundless invasion of garrulous pails and voluble buckets.” And a stuffed buzzard in the corner that may or may not be the dead Father, and may or may not be seen to move. And a tailor's dummy, a “silent lady of oakum and canvas, with a black wooden knob instead of a head . . . became mistress of the situation . . . supervised the girls' advances and wooings as they knelt before her.”

And the wind, a stand-in for Father's battle against the world: Bruno “could recognize its effect . . . on the roofs under which its fury penetrated. One after the other, the attics seem to loom larger and to explode in madness . . . ” and picturing a brother and Father's apprentice struggle in from the storm: “They spoke . . . incoherently of the terrible darkness, of the gale. Their fur coats, soaked with wind, now smelled of the open air.” And if that isn't enough, “An enormous, black, moving amphitheater formed high above the city and began to descend in powerful spirals.” The wind itself stands larger and more visceral than any human being of Drogobych.

Then the threat or allure of the pedophile relative: “From the mist of his face, the protruding white of a pale eye emerged . . . enticing me with a wink. I felt an irresistible sympathy. . . .” And taken aside by this eldest of cousins into a quiet room with a sofa, “he showed me naked women and boys in strange positions. I stood leaning against him looking at those delicate human bodies with distant, unseeing eyes . . . .” Bruno gives us the confluence of ignorance and a boy's complicity. A clear memory with no apology or rationalization – a piece of worrying art.

And the experience of the child with death, unwrapped from adult sensibilities: Bruno journeys alone in a cab, drawn by a wise old horse through a snowy landscape marked by “the matchless purity of snow and violets.” Someone must pay the price for these hours of bliss. “I got out of the cab. The horse was panting, hanging its head. I hugged its head to my breast and saw that there were tears in its large eyes. I noticed a round black wound on its belly . . . 'My dearest, I did it for you,' the horse said . . . .”

Then the oppression of Winter, grinding into the narrator and altering all people with its colorless gloom. “Already for some time our town had been sinking into the perpetual grayness of dusk, had become affected at the edges by a rash of shadows, by fluffy mildew, and by moss the dull color of iron.” Can we imagine an ordinary writer talking about Winter's onset with moss and mildew, with the feeling that Winter is a lake of non-light that we drop into?

And sex and masochism, acted out through nature's riot: The garden “lost all moderation and became insane. There, it was an orchard no more, but a paroxysm of madness, an outbreak of fury, of cynical shamelessness and lust.” As readers we are half terrified, half amazed by a vision we must watch, even if it falls into practices that Bruno wants to disgust us. “There, bestially liberated, giving full rein to their passion, ruled the empty, overgrown cabbage heads of burs – enormous witches, shedding their voluminous skirts in broad daylight.” The artist, freed by his words, can openly grasp the sexuality that alienated him from his townspeople. “Their swollen, rustling, hole-riddled rags buried the whole quarrelsome bastard breed under their crazy expanse.” What wildness lived in this pale, sickly mouse of a man, and what an outpouring of a savage garden!

Finally the father figure, resurrected by the adult writer as his spokesperson of myth, a tiptoeing figure that divulges the secrets of a different universe. “In the dark apartment my father alone was awake, wandering silently through the rooms filled with the sing-song of sleep.” Whatever Father projected during Bruno's childhood, in the Shops he is the center of all that is grotesque, magical, fabulous, creative, revealing. “Sometimes he opened the door to the flue and looked grinning into its dark abyss, where a smiling homunculus slept forever its luminous sleep . . . bathed in fluorescent light . . . another record card in the immense archive of the sky.”

What can we know about The Cinnamon Shops? Perhaps, maybe, the supremacy of language with a secret knowledge we can't clinch into our linear minds.
I don't know why I write this to you. I don't know why you read it. I don't know The Street of Crocodiles.
But I know you will puzzle over Bruno's words on dark cold evenings during “the mushroom growth of dusk, . . . the shaggy fur of long winter nights.”

Scott Jones cuts and splits all his own firewood, lives a mile from his nearest neighbour, and writes grants for his community. 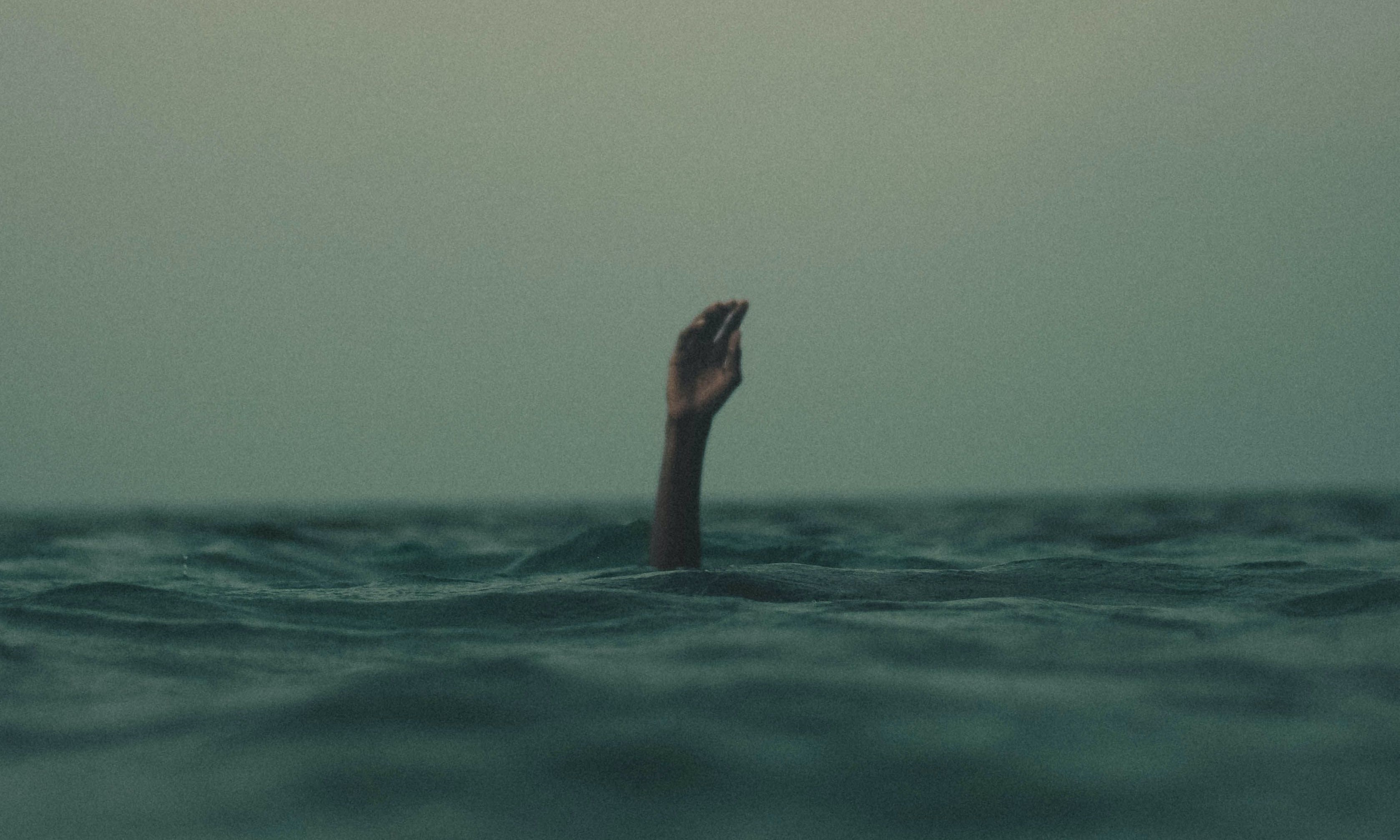 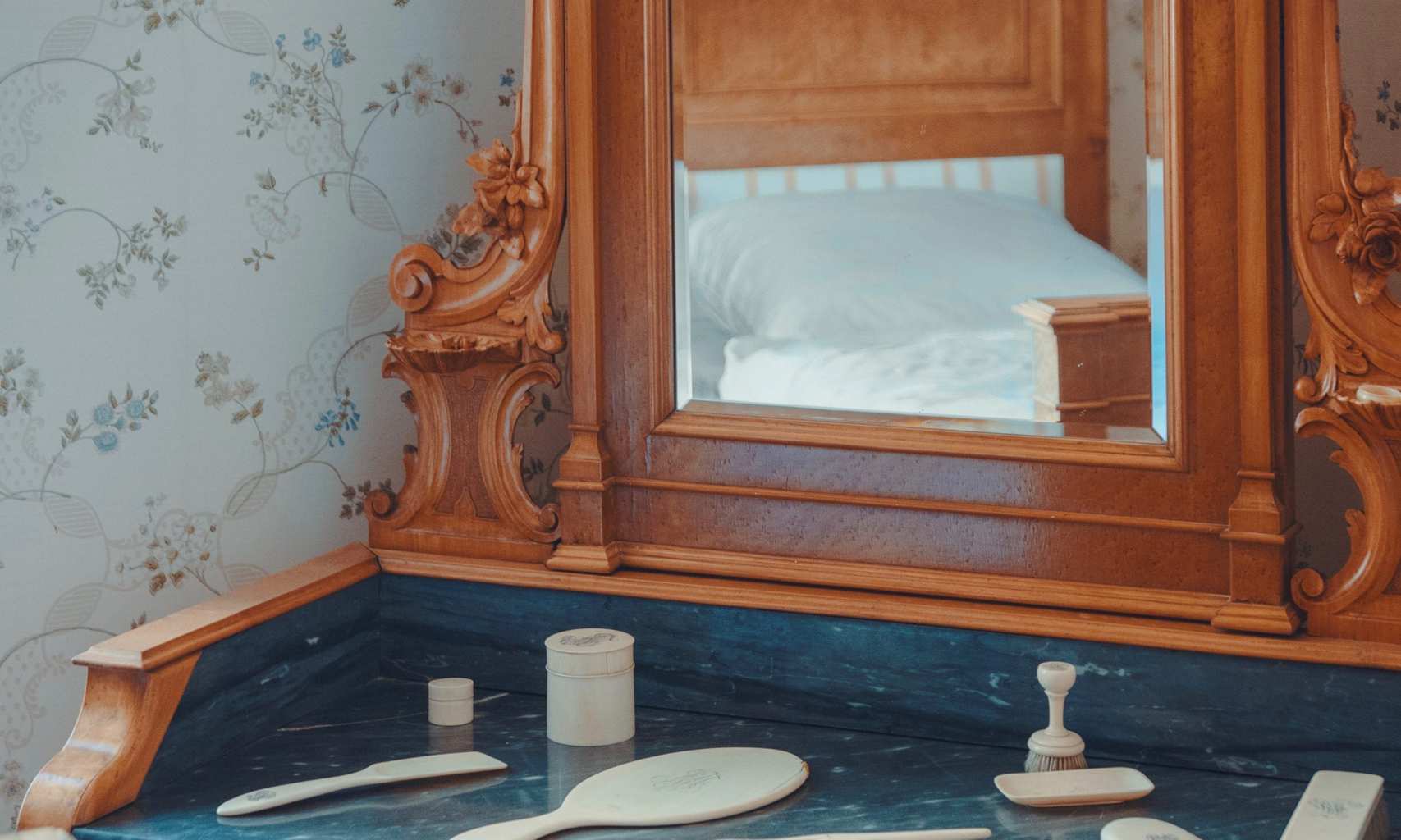 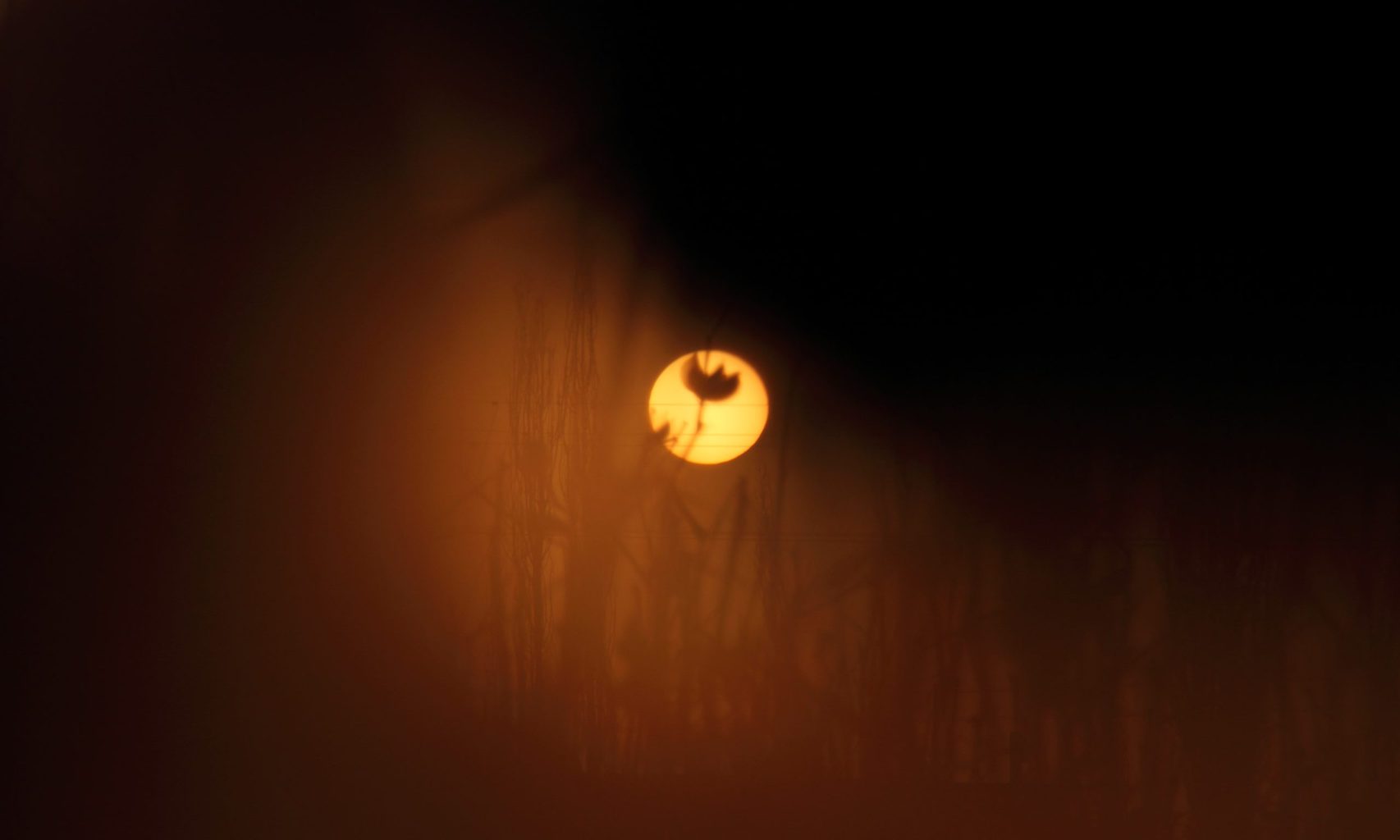