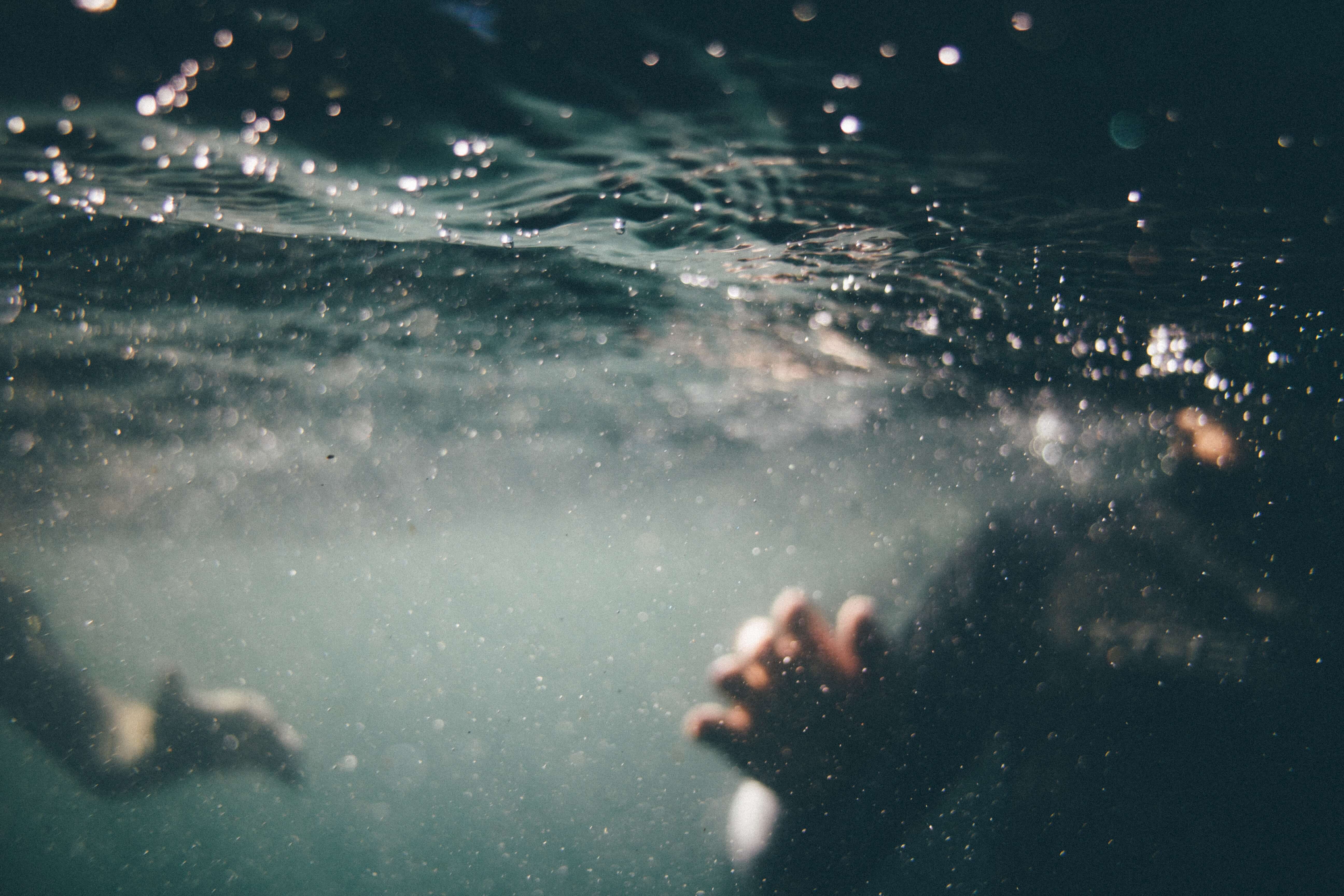 Last winter, I wrote a short story called ‘The Charles.'

It was about a couple—a man and a woman. One summer day, they rent a kayak and paddle down the Charles. They enjoy themselves and decide keep the kayak past the allotted time. They paddle and paddle, each spurring the other on, and as the afternoon passes, they come to feel that the world outside the kayak does not exist, that the universe contains only them and their happiness and the river. But when the sun goes down and a cold wind blows over the water, the man and the woman shiver and understand: they have to go back. They paddle silently through the darkness, return the kayak and, after paying for the extra rental time, descend into the busy T station.

The story was fiction. I wasn’t in a relationship. I had never even been in a kayak. ‘The Charles’ was a meditation on the transitory nature of experience—or something like that. It wasn’t my best story, but it had some good sentences.

I sent it to a bunch of literary journals, which rejected it. I tried other journals, and finally, in July, one of them said that it wanted to publish ‘The Charles’ in its fall issue.

In the meantime, I met E.

It happened at a party in Somerville—a couple dozen grad students and young professionals crowded into a small, weedy backyard. I knew most of the people there, but not the tall woman with short black hair. As a group of grad students complained about their advisors, I saw the tall woman roll her eyes, and when I was sure she was looking at me, I rolled mine too.

We ended up together in a corner of the yard overgrown with ferns and climbing vines. She explained that she had recently moved to the area for law school; I told her about my day job and my freelancing.

‘Someone told me you write,’ she said.

She waited for me to say more. I didn’t.

‘It’s not interesting enough to be a secret.’

I texted her the next day, she texted back, and things progressed from there. She wanted to get to know the area, so as we walked around Cambridge and Somerville in the evenings, I pretended to be a tour guide, making up facts when I didn’t know any real ones. She guessed which facts were real and which weren’t. She was usually right.

Her roommates hadn’t moved in yet, so she had an entire apartment to herself. Soon, I was spending two or three nights a week there. It was August now, in the middle of one of those suffocating Somerville heat waves where the power goes out for hours and the sidewalks bake and crack. Her apartment didn’t have air conditioning, and when it was too hot to sleep—which was often—we lay in her small bed, naked or nearly naked, drowsy and amiable, passing the time in various ways until sunrise.

The heat wave dragged on, but E. and I didn’t mind.

One boiling afternoon we went to Harvard Square for ice cream. All the seats in J.P. Lick’s were taken (a Chinese tour group had come in before us), so we brought our cones down to the Charles, sat on the shore between the two bridges, and tried to eat the ice cream before it melted on our hands. It was cooler here than in the square, so after we finished our ice cream, we lay on the grass and looked at the river. Geese floated on the water, and the sunlight glimmered on the big sycamores and the orange tiles of the boathouse.

‘There’s a Borges story set here,’ I said. ‘I think it’s called ‘The Other.’ It’s about Borges meeting his double. They sit on that bench over there and talk about other literary doppelgangers.’

‘It’s true. Truly. And that bridge to the right? That’s where Quentin Compson kills himself in The Sound and the Fury.’

‘And here I was thinking it was pretty. I didn’t know it was literary.’

‘Good thing you have an expert to show you around.’

She rolled up her shirt to tan her stomach. A couple of yellow kayaks came around the bend.

‘You can rent them in Allston. I was supposed to go once, but it rained.’

‘We should do it sometime. Before my classes start.’

I had no reason not to agree.

The next Saturday, we woke up early and took an Uber to Allston. We rented a double-kayak, put on the orange vests, and paddled east. E. was in the front seat, and as we worked up the river, I watched the churn of the muscles in her shoulders.

After a while, we passed under the BU Bridge and came into the wide part of the river. The sky was cloudless, but there was a steady wind, and for the first time in weeks I felt cool. We decided to drift. E. took off her sandals and put her feet up on the hatch of the kayak. Some kids waved at us from the bridge, and we waved back. Ahead of us, Boston shimmered in the heat; its reflection shone on the surface of the river.

One of the churches in Beacon Hill chimed—one o’clock. I said we should probably head back: our rental was due in an hour.

E. sighed. ‘I could stay out all day. Wouldn’t it be nice to watch the sunset from the river?’

‘We’d get tired though, paddling all day.’

I smiled. ‘You couldn’t paddle us both.’

‘Of course I could.’ She flexed and made me feel her arm. ‘I was doing most of the work.’

When we docked in Allston, our arms and shoulders ached, but the exhaustion was satisfying, almost pleasant. No bed was ever as soft as hers was that night. As we fell asleep, I could still feel the bobbing of the kayak.

A few weeks later, ‘The Charles’ was published online. I debated whether to tell E.—but what would I tell her? The story wasn’t about her, but if I told her that, it would look like I had something to hide. Besides, she probably wouldn’t even read it. My stories never got more than a couple of likes.

That evening I heard from E. She had seen ‘The Charles’ on my Twitter. She sent me a long text.

I wrote back and explained the coincidence: the story didn’t have anything to do with her or me; it was about the transitory nature of experience—or something like that. I asked if I could come to her apartment and talk about it in person.

She said she needed some time.

We met a few days later at Bourbon Coffee. I bought us iced coffees and explained the whole situation again, taking out my phone to show her the date stamps on my Submittable account and the acceptance email. I apologized for not warning her. We sat next to the window. As we spoke, another version of us, mirrored in the glass, carried on the same conversation.

‘You could have changed it,’ she said. ‘Or asked them not to publish it.’

I hadn’t thought of that. It was hard enough to get a story accepted once.

‘Maybe I should have,’ I said. ‘I didn’t handle it right. It was too weird for me to get my head around.’

She sipped her coffee. ‘It is pretty weird.’

I texted her that evening and again over the weekend, to no response. Several times, she started typing, but stopped. Finally, it came—another long text. She said that school was more work than she anticipated, and this wasn’t the best time for her to be in a relationship, and she was sorry.

I couldn’t help myself: I wrote back and asked if her decision had anything to do with ‘The Charles.’

She replied quickly: ‘Yes.’ She said she knew I hadn’t written it about her—but somehow, that made it worse.

I saw her point.

This story was originally published in the anthology 'Cities: Boston' by Dostoyevsky Wannabe: https://www.dostoyevskywannabe.com/cities/boston

Ryan Napier is the author of Four Stories about the Human Face (Bull City Press). He lives in Massachusetts. More at ryannapier.net and @ryanlnapier on Twitter.

A Book of Thoughts