Song: Calm was the even, and clear was the sky
|
John Dryden 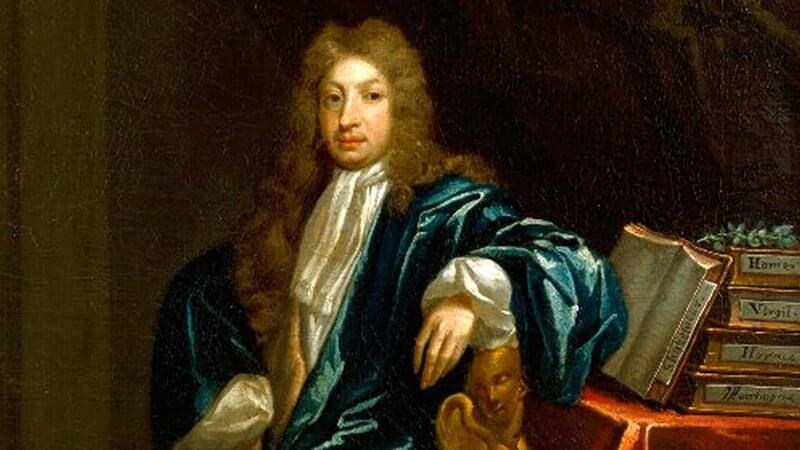 Song: Calm was the even, and clear was the sky

from An Evening's Love

Calm was the even, and clear was the sky,
And the new budding flowers did spring,
When all alone went Amyntas and I
To hear the sweet nightingale sing;
I sate, and he laid him down by me;
But scarcely his breath he could draw;
For when with a fear, he began to draw near,
He was dash'd with A ha ha ha ha!

He blush'd to himself, and lay still for a while,
And his modesty curb'd his desire;
But straight I convinc'd all his fear with a smile,
Which added new flames to his fire.
O Silvia, said he, you are cruel,
To keep your poor lover in awe;
Then once more he press'd with his hand to my breast,
But was dash'd with A ha ha ha ha!

I knew 'twas his passion that caus'd all his fear;
And therefore I pitied his case:
I whisper'd him softly, there's nobody near,
And laid my cheek close to his face:
But as he grew bolder and bolder,
A shepherd came by us and saw;
And just as our bliss we began with a kiss,
He laugh'd out with A ha ha ha ha!

Stay Home and Keep on Dancing

Beating Heart Cinematography: The Killing of a Sacred Deer