In the process of creation
|
Various Authors 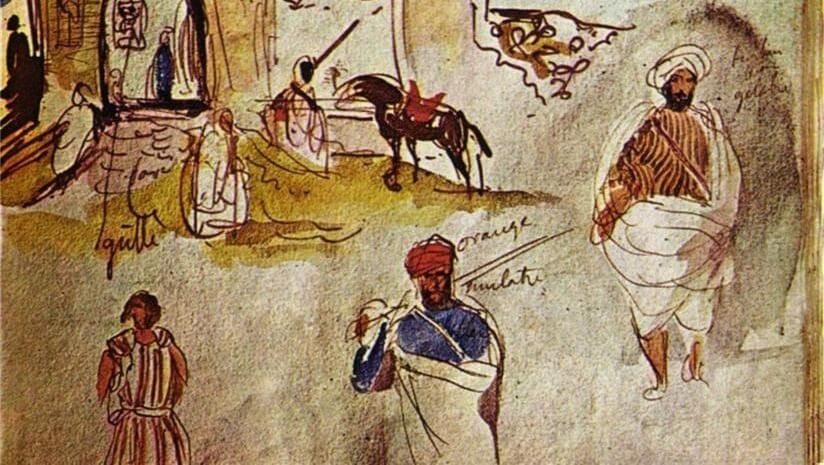 Manuscripts are often just collections of torn-sheets, jumbled together and forgotten in the depths of some dusty drawer. But, sometimes, they can be much more. Within the chaos and lawlessness, the freedom that loose sheets of paper afford, some manuscripts tell us much more about their authors, and indeed the projects they're working on, than the finished pieces themselves.

One such example are the manuscripts of Fyodor Dostoyevsky, rife with intricately sketched profiles (often abandoned in the midst of a pen-stroke to continue the character's description via writing) and emphatic repetitions of crucial names and ideas - the size and cursiveness of the word seeming to be directly correlated to its importance.

[gallery ids="https://picciolettabarca.com/wp-content/uploads/2020/03/DostoevskyDoodles3.jpg|A page from 'The Possessed', combining character portraits, deliberations on character names, and visualisations of the scene's architecture.,https://picciolettabarca.com/wp-content/uploads/2020/03/d4.jpg|An ink-stained page from Dostoyevsky's manuscript of 'The Possessed', with a doodle of William Shakespeare in the margin." type="rectangular"]

Within the margins one also often finds painstaking exercises in curvise, a practice that Dostoyevsky was said to indulge in while thinking aloud.

Similar sketches can be found in some of Mark Twain's notes, such as the first drafts of Pudd'nhead Wilson. Composed in a rapid burst of creativity, with the goal of saving his publishing firm, Webster and Company, from bankruptcy, Twain sketched placeholders for different states of weather to be placed at the top of each page, providing context for the writing. But, alas, these addendums never made it to the printers, and as such can only be found in his earliest drafts.

Moving on from rough ink-sketches and doodles, some writers, such as Eugène Delacroix, Charlotte Brontë and J.R.R. Tolkien brought colour and form to their notebooks. In these cases, their illustrations were not mere distractions or catalysts for their writing, but rather in-depth visual analyses, that often followed a passage, attempting to visualise the scene that it described.

Sketches of mountains (an early depiction of the pass leading to Mordor) in Tolkien's notebooks.[/caption]

The Doors of Michael Haneke