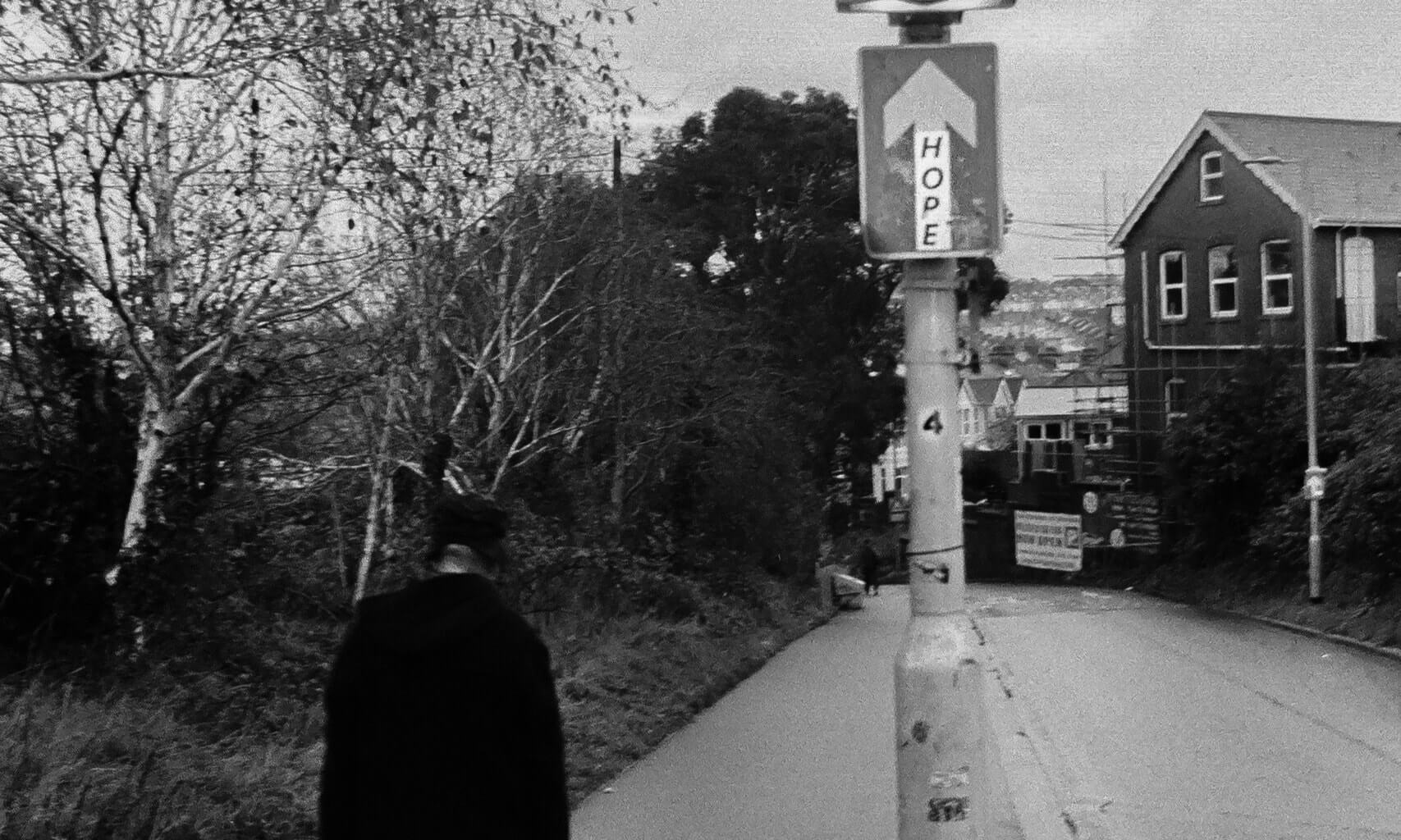 I had just left the supermarket behind me, and I was walking back home with the week’s groceries. It was drizzling when I left the house, and even though the rain had now stopped, the clouds were piling up again quickly, so I started walking faster, anxious that I wouldn’t make it home without getting soaking wet. Watching the people being on the same hurry as I was, I thought to myself, that I should probably take advantage of being outside at that moment, and try to snap a couple of photographs of them.

After managing to pull my camera from the bottom of the bag - while struggling to keep oranges, apples and chocolate bars inside - I checked the number on top, indicating how many frames were left on the 36 frame long, black and white film roll. I still had a few, but not plenty to waste, and so I started wandering around the City Centre, hunting for moments, expressions, light, shadows, movement, reflections.

In the rush, I saw this man. I had seen him a few times before in the neighborhood, and always wanted to photograph him. This kind old Englishman always looked the same. I don’t know if it was the hat, the handbag, the umbrella, the way he walked, or just something about his figure that reminded me of another time, but I believed he was a very photogenic character.

I had tried to photograph him before. Unsuccessfully, though,  due to bad light and the lack of a unique composition to match him with. Yet, by then, I knew the route he was going to follow to get to his home – the same as always, the small road next to the train station. And so I run ahead of him, full of excitement, found the spot, fixed my composition and exposure, and waited. When he finally arrived and passed in front of my camera lens, I only pressed the shutter once. It was enough.

He didn’t look back. He just kept walking towards “H O P E”, as some stickers on a direction sign indicated. And so I walked towards the same direction, too.

After all, isn’t towards that we all walk?

I’m an ocean science and marine conservation student at the University of Plymouth, with a passion for traveling and visual storytelling. Through my photos, I am trying to communicate the incredible beauty of nature and the spiritual charm of people. I invite you to my journey in life, to witness the moments that I see through the lens of my camera, and read the thoughts that I hear in my head. You can find more of my work at: https://konstantisalexopoulos.myportfolio.com/