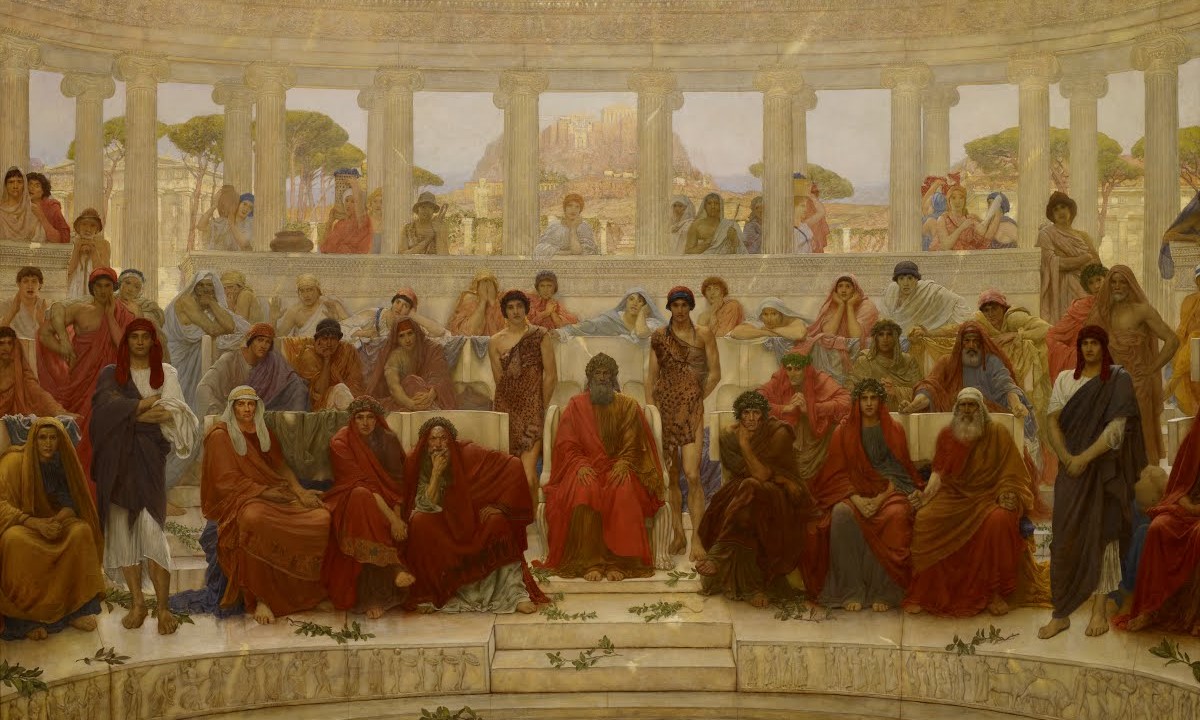 Agamemnon, having returned victorious from the Trojan War, finds himself defeated in other ways: haunted by his sacrifice of his daughter Iphigenia, confronted by his murderous wife Clytemnestra. This poem reimagines elements of the Iliad and Aeschylus' Oresteia, focusing on Agamemnon's feelings of guilt and the transformations, both physical and psychological, that he as a result undergoes.

I have put on bronze and gold

The image of a king

Of the House of Atreus

I have stood at the walls of Troy

And torn them down

I have ridden my enemies into the sand

And surfed the Aegean wreathed

In the smoke of victory

So hot and sharp in the nostrils

So savoury on the tongue

I have returned home

I have trodden the purple carpet

My steps echo the steps of my ancestors

And what am I now

What is going to happen to me now

I feel myself being born into something new

I had not expected this

Something on the mind

Some change in the composition of the body

I am becoming the wounds

The ciphers of my monster self

That I carved into her flesh

With my own hands

In my lust for honour

I wear her blood now as a mask

Invisible but latched into place

Ratcheting the light that enters

Twisting every beautiful dream or vision

Every swallow in the sky

To a charnel-house scene

A plague spreading throughout my house

Crawling in through my ears and throat

Screaming what I know is true

But screw my teeth against

The fatty lump I can not swallow

Then I claw at my ears and at my throat

As if my whole arms were talons

As if my whole body were a talon

It is finally happening

I am turning into

Wound flowering in the desert

A conduit for all the world's blood

And spill into a sea of blood

By the drums of fury beating in her brain

The jars of pain poured over her head

In my own bathtub

She is turning me into my own daughter

Such lust gaping her pupils

Such joy at the fresh flowers

I watch and rejoice at last as the Moirai

Bend to their work

Revolve the constellations of blood

And the Eumenides gathering in the wings

Stefan Ferguson was born in Scotland to a family of British, French and Italian descent. After a childhood spent in Britain (mostly) and France (partly), he moved to Germany, where he has lived for 27 years, spending the last 17 of those teaching English and French at a grammar school near Lake Constance. His passions are: his family; myths; obscure etymologies.

A Tale of Two Flowers