The Cipher and the Mirror: Two Poems by Eminescu and Barbu
|
Delia Radu 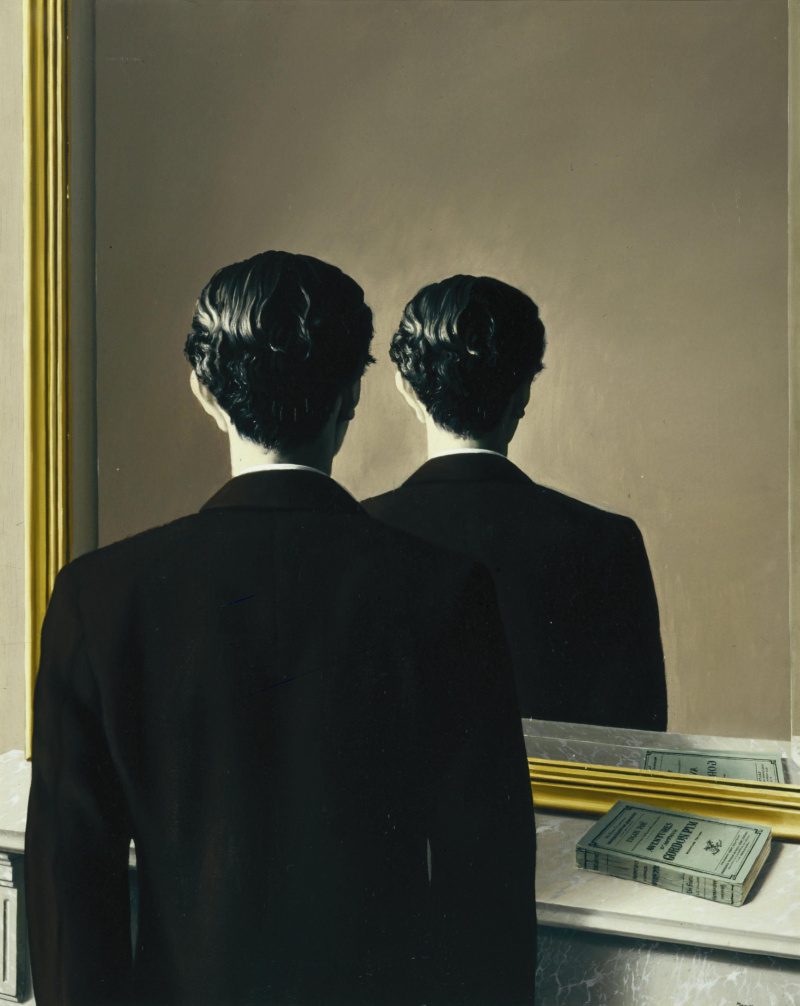 The Cipher and the Mirror: Two Poems by Eminescu and Barbu

AND MOUNTAINS LOST IN CLOUDS

Look at themselves, a vision
Splendid and grand in feature,
And nature a new nature
Seems to descry and see

Yet if a zephyr only
Blows, the sea’s face creases
The deep dream falls to pieces
Like night fog at sunup

That’s how my soul reflects
The ample world, again,
But come the slightest pain
The mirror’s boarded up
‍

Deduced, from the hour, the depth of this calm summit
Into redeemed azure transmuted by the mirror,
Etching into the agrestic cattle,which plummet
And drown into the water knots, a second game, much purer.

Latent nadir! The poet elevates the tally
Of unfurled harps whose inverted flight you lose sight of, and tells,
Sings, exhausts the chant: hidden, like the sea’s stealthy sally
As it walks its jelly fish under the green bells.

THE CIPHER AND THE MIRROR

What a Borgesian delight to think that Mihai Eminescu, considered by many to be Europe’s last great Romantic, performs a magic trick on a fellow poet from the future, the modernist-hermeticist Ion Barbu.

The mechanics of this wizardry are as follows: between 1871 and 1872, by way of a deceptive simplicity of tone and imagery he often likes to cultivate, Eminescu disguises a work-in-progress poem about art – poiesis – as a poem about nature – physis; the completed piece, 'And Mountains Lost in Clouds', is a lyrical cipher on / of mimesis. Decades pass. Between 1929 and 1930, Barbu, a poet who often likes to emulate Mallarmé and Valéry, composes a mimesis cipher of his own, oblivious to the fact that he’s rejigging puzzle pieces devised by Eminescu about sixty years before. More decades pass. Hailed as a masterpiece, Barbu’s mimesis cipher, 'Second Game', has become a staple of the literature curriculum in his homeland Romania, where generation after generation of lycée students learn that his "second, purer, game is the game of poetry". Meanwhile, Eminescu’s mimesis cipher remains in the shadows: published in 1958, in a massive scholarly volume that gathered pieces retrieved from manuscripts under the title Exercises and Rubble, 'And Mountains Lost in Clouds' is reprinted in 2016, in an anthology called Eminescu, Poems from Manuscripts (Eminescu, Versuri din manuscrise), a small but mighty book edited by Ioana Bot and Catalin Cioaba and published by Humanitas. It was while perusing this wonderful anthology that I recently experienced my Borgesian eureka: "My word", I cried in disbelief, "Who’d have thought Eminescu wrote 'Second Game' long before Barbu did it?"

The proof is in the texts. A quick paraphrase of Barbu’s more celebrated, canonised cipher: "Deduced, from the hour, the depth of this calm summit / Into redeemed azure transmuted by the mirror, / Etching into the agrestic cattle, which plummet / And drown into the water knots, a second game, much purer": as a locus amoenus with its "calm summit" silhouetted against the "azure" gets reflected in the surrounding waters, this "second" i.e. reflected image undergoes the equivalent of a mysterious, redemptive transmutation – in the mirror of the sea, the earth turns into "redeemed azure", the slopes with bucolic herds turn into an art piece that could be an etching or a painting by a near-abstract Theo van Doesburg or Mondrian and, paradoxically, the earth’s heights turn into "depth". This "depth" of the "calm summit" brings us back to the discouraging syntax of the poem’s first line: the angles and proportions of the "depth" of the reflected landscape are to be (though, please, note the deliberately disconcerting lack of an auxiliary verb in that initial line) ‘deduced from the hour’ of the day. So what’s the time here, in Barbu’s locus amoenus? To me, it seems to be very close to Valéry’s "midi le juste"/ "impartial noon", with its bright sun at or near the zenith. And why? Because the reflexion of the "calm summit" into the "depth" of the waters is, as the start of the second stanza exclaims, a "latent nadir" i.e. the perfect opposite – and mirror-image – of zenith. It’s this nadir that contains the mysterious materials to be "elevated" into poetry.

Now a brief look at the other mimesis cipher, 'And Mountains Lost in the Clouds', and at Eminescu’s locus amoenus: mountain summits touching the sky, green slopes, the mirror of the sea, a "white day" – maybe "white" suggesting the luminosity of the "just", "impartial" midday sun? Eminescu’s idyllic high-altitude landscape caressed and reflected by clear seawaters, beckoning to be exalted by mimesis, is strikingly similar to Barbu’s.

Yet there’s a slight dissimilarity between the ways Eminescu and Barbu play the game of gazing. Their mirrors – by mirrors I now mean the degree of empathy between the mirrored and the mirroring – are different. For Barbu, there’s no "I", no ego scriptor instance, but a commanding "the poet", keen to take in, dissect and refashion in verse a vast tableau of alpine serenity, reflected, as if by art, in swathes of marine serenity. The result of this poetic process is a very cold indeed "cold pastoral": while many commentators regard the herds of cattle as symbols of the earthly or contingent aspects of existence, I think the "agrestic" cows (Barbu makes use of the precious, literary adjective in Romanian and I decided to preserve it as such in the English translation) roam the slopes of this generically beautiful alp only in order to get the hatched lines of their contours re-drawn in the "second game" of the reflecting waters, in other words only to get stylised? butchered? idealised? "exhausted"? by the abstraction of mimesis.

In Eminescu’s poem, the mystery of reflection appears to bear the marks of a more empathic Romantic pantheism: mountains and forests "look at themselves… in the white day’s clear sea" and seem to glimpse an Other – "And nature a new nature / Seems to descry and see". Is this, am I, somehow implying that physis is flirting with the experience of a Lacanian stade du mirroir? Of course not. It’s the poet who’s flirting with the dissolution and reestablishment of a sense of self, just as his poetic gaze is embracing an ideal scene of alpine serenity, which the sea waters mirror splendidly. Until they don’t. If Barbu’s mirror of the sea is clear, stable, calm – the surface of his sea only ripples gently, and then only as much as needed in order to transform the reflected contours of physis into a cubist or abstract painting; likewise, the only undersea movement is a "stealthy" gliding of enigmatic, translucent jellyfish – Eminescu’s mirror is ever so fluid, so changeable. "Grand in feature" as it is, the reflection of his locus amoenus may at any moment "crease" and dissolve in "fog" – no mirror can fulfil the promise of a stable replica of a stable reality. Furthermore, the final image of the soul as a "boarded up" mirror ends Eminescu’s mimesis cipher on a more ambiguous, questioning note: how can an artist reflect the ample world? he seems to ask, whereas with 'Second Game' Barbu seems to assert firmly: this is how art reflects the world.

It’s as if each poet chose to reflect (there’s never an end to reflections, they continue forever…) the two types of mimesis described in Plato’s Sophist. Barbu’s mimesis is more eicastic – insisting on objective accuracy and representational fidelity – while Eminescu’s is phantastic – more reliant on the perspectivism of the poetic gaze.

Delia Radu is a journalist, writer and translator. Born and educated in Bucharest, she’s lived and worked in London since 1999. Her journalistic work features on BBC News and BBC Sounds and her prose has appeared in the Cardinal Points Literary Journal. She prefaced and translated Simone de Beauvoir’s Second Sex from the French into Romanian.