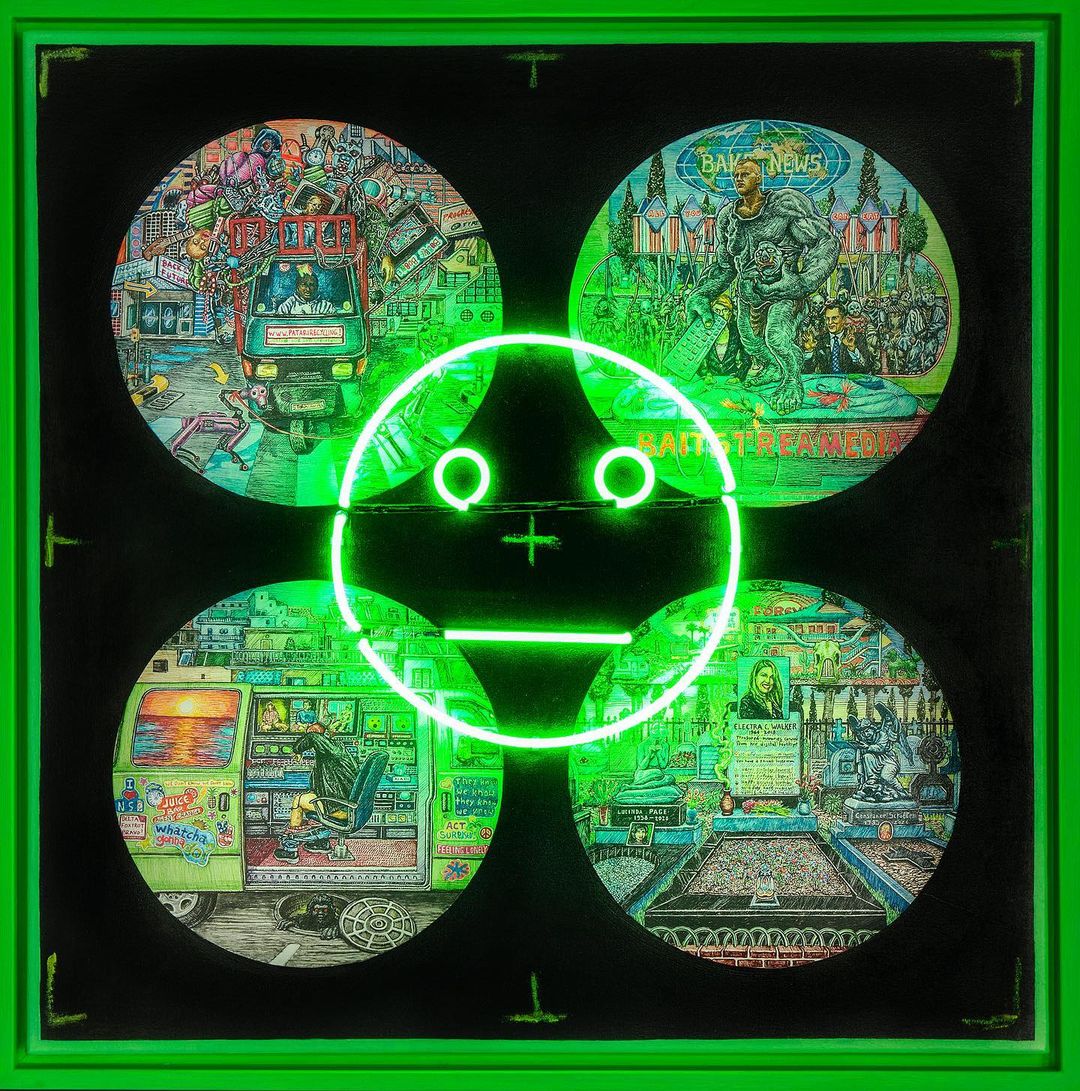 Drawing from such disparate and wide-ranging points of reference as film, online culture, renaissance art, and Buddhist meditation mandalas, Elias Kafouros weaves dizzyingly complex and prodigiously oversaturated compositions that are unmistakably idiosyncratic and instantly recognizable. Kafouros' phantasmagorical tableux roil with the density of vernacular characters and elements derived from the inescapable cacophony of our ever-expanding quotidian media landscape, inspiring comparsion to the obscenely frolicking characters of Medieval illuminated manuscripts and the canvases of Pieter Bruegel.

Elias Kafouros (b. 1978, Athens) lives and works in Athens. He received a BFA in Painting from the Athens School of Fine Arts in 2004. Drawing from such disparate and wide-ranging points of reference as film, online culture, Renaissance painting, or Buddhist meditation mandalas, Kafouros weaves dizzyingly complex and prodigiously oversaturated compositions that are unmistakably idiosyncratic and instantly recognizable. His work is best seen as instances of experiential art. While their medium may present at first glance as traditional paint on flat canvas, the true impact of these works reveals itself within the cognitive space of their perceiver, the utterly ­­­­­­­­­­hypnotizing effect of the deliberate density of their virtuosic composition unfolding gradually as a deeply personal processual ­revelation, rather than in simple terms of seeing and acknowledging a singular image. Kafouros’ work has been the subject of numerous solo exhibitions including Description Fails at K-art, Athens and The Image is unsustainable at Francoise Heitsch Gallery, Munich among others. His work has been featured at Vitamin D2, Juxtapoz and The Huffington Post among other cultural media.