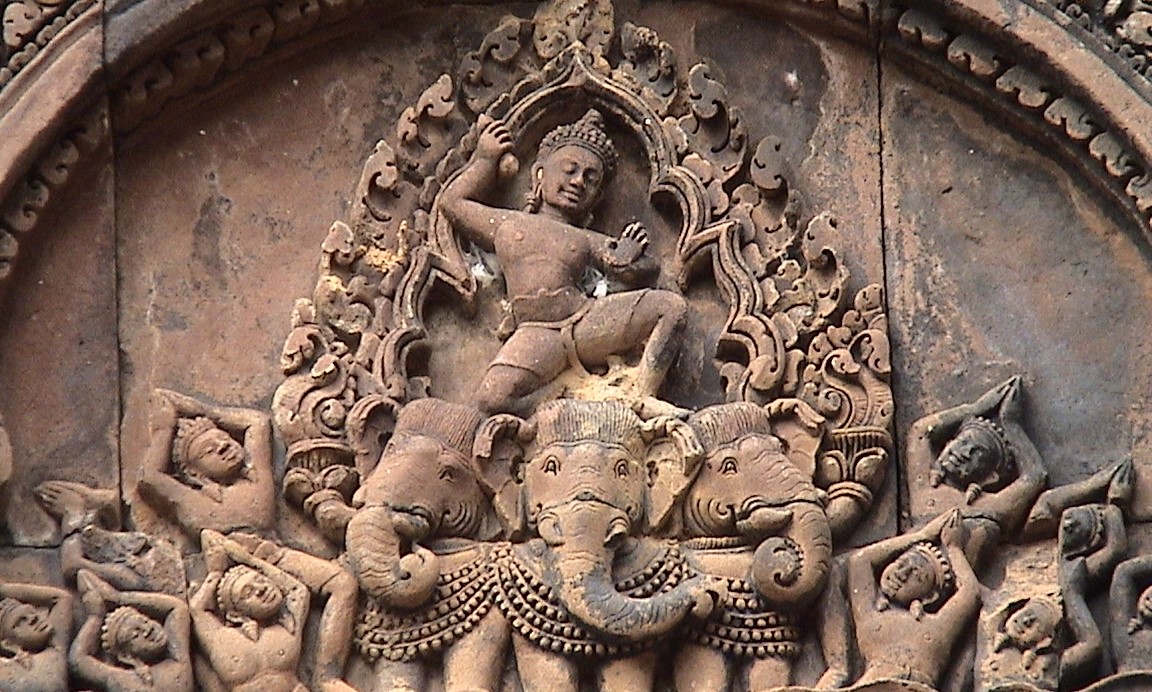 Monsoon rains take away
the reflections
of the greens, blues and whites
from the river,
turning it into a thick brown mass
of restless water rushing down,
beating against the walls
of the temple
at the foot of the mountain.

Free of the festivals
and regular devotees
who’re safe in their homes above,
the marooned priest
feels guilty
of the skipped offerings
and prayers,
the monthly stack of rupees
kept unused in a wooden chest,
the distance between him
and the cow he couldn’t save
from the river,
and the army that’s fighting,
killing others,
getting killed by others,
in the never-ending borders,
left with no choice, like him.

He reaches
for an old songbook
from the musty cupboard,
dusts it, and sings from it
a hymn
in praise of Indra’s bow.

Jose Varghese is a bilingual writer and translator from India. His short story manuscript ‘In/Sane’ was a finalist in the 2018 Beverly International Prize. He was a finalist twice in the London Independent Story Prize (LISP), a runner up in the Salt Prize, and was commended in the Gregory O'Donoghue International Poetry Prize. He is published in Litro, Under the Radar Magazine (Nine Arches Press), The Elevation Review, Pidgeonholes, Burningwords, Dreich, Haunted Waters, Wild Roof, Cathexis Northwest, The Best Asian Short Story Anthology, Meridian – The APWT Drunken Boat Anthology, Chandrabhaga, Unthology 5, Reflex Fiction, Retreat West, and Flash Fiction Magazine.