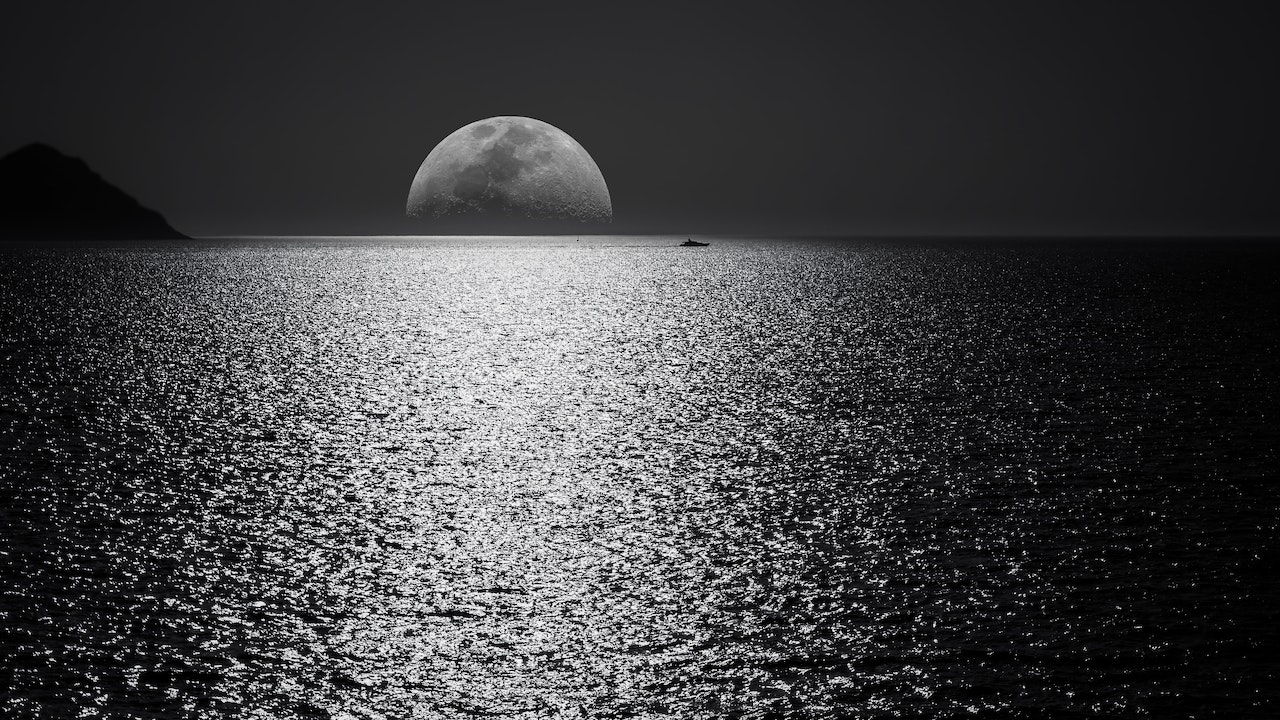 I pointed at the wild thing, I said, I will give you a name.
and the wild thing replied, in its unmentionable way,
make it a good one. I looked all over at the wild thing
and eavesdropped on the wistful talks it was having
with the trees and the midnight. names are not easy
to give. like having a star open in the mind, or going
to war for a country you’re not sure exists. the wild thing
was looking at itself in its mirror of the void. I said,
is there a name you like? the wild thing did not break
the gaze it held to itself and said, one that sounds nice
if asked like a question. I thought about all the pictures
of wild things and wondered what in them indicated
their wild fact, though the divine contemplation of pictures
never truly cross to meet my own red mind. the wild thing
guarded its darkness as though it were milkteeth,
picking in the silver shade of evergreens for pathways
to erase. it kept the darkness on a leash, though it seemed
more that they were lovers, or friends who used one
another freely, without guilt. in the last small boat we
were travelling, as if the last ones, through a momentum
of hallucinations towards the last wild place, where
the wild thing was not discrete or individual but simply
an incognito element of all wildness. we were almost there.
I have to hurry, I said. I have to give you a name so they’ll know
what to call you when we arrive. clouds were all suspended
in rosefloss, their skeletons made of light. they’ll recognise me, the wild thing sounded like it was reading aloud from some ancient book that was now nowhere, when they see me. the letter I will want to write, someday, to the wild thing will have to be addressed with a name, which is also why I was thinking. but also knew that in where the wild thing is going, there are no letters. no addresses, no lines, no memory of having come from the remembering side. all the while possible names skated musically from my mind in strings. wonderful names. cross-referential names. names I had heard my grandmother say in a duet with her secret figures—but none of them held. the names were cages with birds having flown from them, and still the wind
came and shook the doors, as if what wants to break free is the same as what had slid in, unquiet, through the bars.

does not involve an obstruction of movement, the mind stretches itself thin so as to not disturb, and the distant time of animals kick at the frozen earth. there is brilliance in symmetry, the way the jut of this cape finds its rounded counterparts in parentheses,
pebbles, and the saucer o of your mouth as you face the outward
undulation of the badly hidden. order is the basis on which everything is made to stand. the laws of unity measures beauty through the pulse of the eye as it hits everything,one at a time. knitting you to the bleached netting of oceanfoam,the gunpowder spray bursting celestial, the water so hungry of light it betrays its own lack of colour. one at a time. only logic is so unachievable in these fleeting congregations of pattern and disappearance, yet there is a sense of balance that reaches through, by all as in by chance. you are standing here and something punches into you like a cormorant does to the waters in search for sweetfish, that the greater alliance at work is not between an affinity of time and space but the pointillism of separate realities linked only by being next to one another, barely touching, barely aware of what is beyond. just this is how the sea gives us ourselves back. a vehicle to convey water to the land, to muddle the borders and move by experience. by savage abundance and valiant disorder. a god that is most alive when we no longer call it by its name.