Refreezing the Arctic - In discussion with Hugh Hunt
|
Jason Han 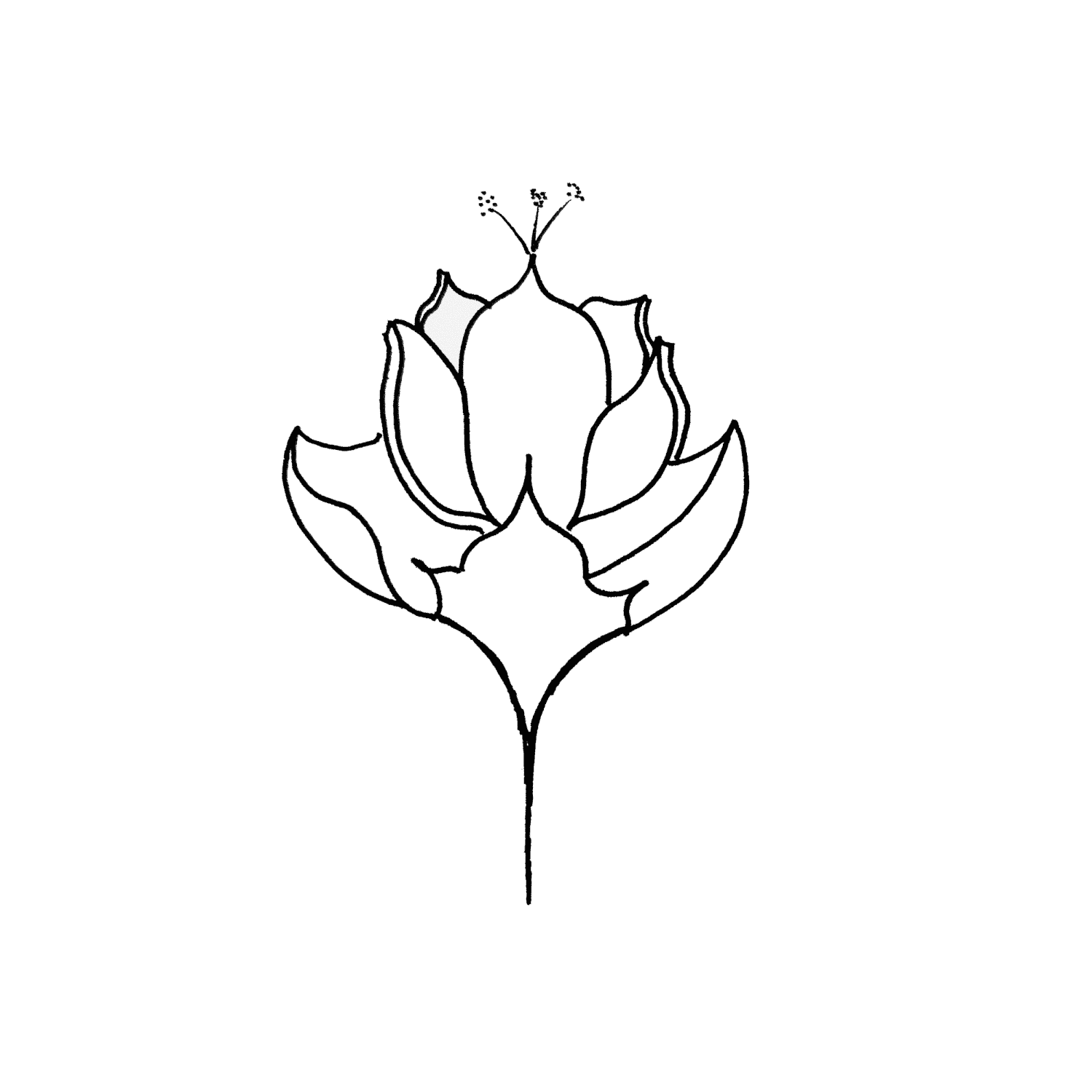 Refreezing the Arctic - In discussion with Hugh Hunt

In this interview, I speak with Dr Hugh Hunt (Reader in Engineering Dynamics and Vibration at Cambridge University, and Fellow of Trinity College) about the unravelling arctic climate, why he believes the world needs geoengineering (and a scale-back on globalization) and the role of science and individual decision-making in policy.

Jason: Your research focus over the past few years has been on saving the Arctic, seeing as people are ‘not aware of how imminent’ its loss is. Why do you think the melting Arctic is so central to our unravelling climate?

[NB: Dr Hunt advocates that geoengineering is one of a few necessary solutions to tackle climate change and refreeze the Arctic. His most recent research includes the Stratospheric Particle Injection for Climate Engineering (SPICE) project, which aims to cool the Earth by using stratospheric aerosols. Controversy over geoengineering experiments have since led to these experiments being cancelled.]

Dr Hunt: For a long time now, the Arctic has been warming up more than the rest of the planet. We may try to limit the rise in global temperatures to 1.5-2°C according to the Paris Agreement, but what if the Arctic’s temperature reaches 10°C or more? A warm Arctic is dangerous for at least three reasons. Firstly, the rise in sea level caused by the melting of the Greenland Ice Sheet will drown many cities. There is maybe 6-7m rise locked up in this sheet, and Cambridge is about that height. Secondly, warmer conditions are also causing the ice caps to darken and become a lot less reflective, accelerating warming. Thirdly, eventually, the permafrost which has locked in a lot of fossils will thaw, releasing methane which is 50-100 times more potent than carbon dioxide. The world will be a very different place.

And where does the scientific community stand on how we should tackle it?

Well there is no obvious way on how to tackle it. The first reaction would be to stop burning fossil fuels, and we must do this now. But our planet will take time to respond; much like turning off an oven, temperatures will continue to rise. Here is where geoengineering comes in. We must be imaginative. For example, can we increase cloud cover to reduce the sunlight that reaches the Arctic?

On the topic of geoengineering, we know that your team recently cancelled a test experiment to pump water in the atmosphere. You have said that people tend to see climate engineering as some sort of Frankenstein science, or as playing God with the climate. Why do you think this is so controversial?

There are many avenues for resistance. The most important is often called the ‘moral hazard’ – the idea that if a technology/solution like geoengineering comes along, it will deter us from other efforts to prevent the burning of fossil fuels, because we will treat it as a panacea. But this should not be the case – to avoid a car accident you need to use seat-belts and airbags, but also drive slowly and safely, or in the case of a patient with lung cancer, one needs to try chemotherapy, but also stop smoking.

If a government were to actively fund geoengineering, it may be perceived as giving up on other means. But this is not the case. Being able to ‘control the Arctic’ must not be taken as licence to carry on burning fossil fuels. It simply means that to win the war we have to try everything.

Another difficulty with geoengineering is that there is the natural discomfort of scientists playing god with the climate. But in many ways, we already do – the individual watering the garden is unnatural, but that is considered as husbandry over our patch of the planet, over a local ecosystem. But when we take this globally, like pumping stuff that goes around the planet, who will be in control of it? Whose hand is on the thermostat? What if Russia wants to do it against the approval of the US and China? What if a small state is seriously affected by it? But then again, look at how small low-lying states are given no say, despite being the first to disappear if we continue burning fossil fuels. We ought to treat CO2 and fossil fuels with as much caution as stratospheric aerosols like sulfur dioxide.

And you believe that it is too late to save the Arctic without using geoengineering techniques?

Let me draw you something.

CO2 levels have been rising since 1900, and there is a maximum amount (gigatons) of CO2 that we can release before hitting 1.5°C temperature increase, represented by the area under the curve. Once we reach that point, we have to stop emitting CO2. The earlier we start reducing our emissions, the more time we will have. On our current trajectory, some experts believe we must reach zero emissions by 2030, or 2025 as argued by those behind the extinction rebellion march. I do not believe we are going to achieve this, and so we look at other solutions. So this is where geoengineering comes in.

Can we reflect sunlight, and by how much? If we can reflect 1 or 2%, let’s start doing that to buy some time before we eventually stop burning fossil fuels.

I do not think many people realise what that world will look like if we are to pursue zero carbon – we will have to cut our emissions by 18% per year to reach zero carbon by 2030.

The status quo shows that we will fail. Are people still going to be flying by 2030? It seems so – new planes are being bought every day, and their typical lifetime is 30-40 years. If we are not flying in 11 years, who is paying for these planes that are not being used? And aren’t we building a new runway at Heathrow? And what about fracking? It certainly produces lower CO2 than coal, but these are fossil fuels nonetheless. If we plan to stop by 2030, why has the UK just commissioned a new oil platform in the North Sea, and why are new coal mines are being opened all around the world?

An alternative, though, is difficult. What can we do? Tax those who fly more than 5 hours per year? Imagine all the implications of such a decision, even on the most basic level. For instance, there would be no international universities because students and faculty would not be able to travel. Growing up in Australia, I feel that I wasn’t told the truth about how harmful air travel is – if I did, maybe I would have stayed in Australia. So we have a lot of thinking to do. I do not believe we will, but we have to do it.

It sounds like what you are advocating is a total scaleback on globalisation?

Yes, right now I think that is what has to happen.

I am not saying it has to be our future – we may come to reimagine globalisation, but it will have to adopt a long-term scope.

But does zero emissions have to mean a complete ban on all these aspects of modern life? Is there a middle ground that we can reach as a society?

Yes, I think there is, but I would not call it a middle ground. At the moment, we are consuming energy wastefully. If we reduce our consumption by one-tenth, the problem becomes manageable. Aviation is a problem – it may mean building high-speed train lines in large continents such as the Americas, Russia, Europe and Africa – maybe flying only for trans-oceanic travel. It is not impossible, but we have to do this radically and quickly.

You have thrown up changes that would fundamentally upend how our society is ordered. This seems less like a challenge for science, but also of policy. In this context, what is the role of the modern politician?

Politicians do not have the knowledge on how to deal with this. They are in a real fix because our present position is the result of decades-long blindness and inaction. We can go back to 100 years ago where electric buses were commonplace because internal combustion steam engines were smelly and horrible, whereas electric ones were clean. But we later decided that range and speed was more important, so we got rid of the electric stuff – do we hold today’s politicians accountable to fix decisions made a long time ago?

Part of the politician’s mandate is to represent their constituency, and until constituencies say they want to switch off fossil fuels, nothing will be done. Politicians may know that climate change is the number one emergency, but businesses still burn fossil fuels, individuals still want to heat their homes and the government has its attention turned on Brexit. As Greta Thunberg has said, the mechanism to reach zero-carbon by 2025 is not obvious, but if these reductions in emissions are not achievable by our present systems, we have to change our systems.

And where do you see your role, or that of academia, in this whole discourse?

We start with communication – making sure it is not a backwater issue. These matters must graduate from research in universities to become matters of global governance. There must be industry-led initiatives. I don’t think we teach this enough in our courses here – climate change must be taught in all our courses: philosophy, languages, engineering, physics, maths and more.

This all seems rather bleak, and indeed for most people, it seems like a problem that is too great to be influenced by individual choices. What would you say to this?

I think we have to realise that while we can and should do things as individuals, we cannot do them on our own. The system must stop supporting fossil fuels. A hospital cannot decide to stop using the roads around it or stop its supply-chain. As consumers, we must switch to clean energy. As voters, we must vote for parties that take a stance. In a century, historians will study why we ignored climate change, and ask: what on earth made us think that Brexit was so important?